Netflix set to release the much awaited Narcos Season 2 in February!!! Details Inside!!! 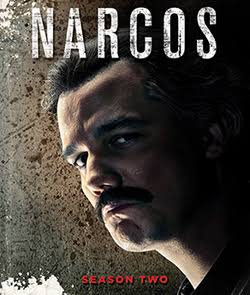 Netflix’s American crime drama web television series created and produced by Chris Brancato and Carlo Bernard is about to release its second season on the platform on 13th February 2020.

Isabella's a wildcard, but she needs the right partner…

All you need to know about Narcos season 2

The eagerly waiting Narcos fans can now feel elated with the news of its release date and it is not even more than a month. The series showcases the rise of the cocaine trade in Columbia and the lifestyles of these drug dealers living in the state. It takes to 1980s era Mexico charting to the rise of the Guadalajara drug cartel.

Netflix confirms the release date ie 13th February 2020 and claims that it has provided a short teaser that features actor Diego Luna turning towards the camera and speaking in a menacing voiceover.

Felix Gallardo, a real-life Narco,  is a former Sinaloan police officer who has now turned into a drug dealer and Kiki Camarena, a Mexican-American Drug Enforcement Administration agent, is on a mission with taking Felix down. It is followed by the cat and mouse game between Kiki and Felix. Kiki’s abduction and murder are now served as a catalyst in the war on drugs.

Party's over. No one is untouchable.

The series features stars such as Scoot McNairy who plays the role of Argo, being a slave for 12 years, stars as agent Walt Breslin, a DEA agent brought in following the death of Kiki Camarena. The narrator left him as a mystery for the entirety of season one. This has created an interest in the minds of Narcos’ fans and has made it more exciting.

Diego Luna has been known for his role in Rogue One: A Star Wars Story. The stars Tenoch Huerta as Rafael Cara Quintero, newcomer Teresa Ruiz as Felix’s girlfriend Isabella Bautista, and Alejandro Edda (American Made, Fear the Walking Dead) as Joaquin “El Chapo” Guzman have also played a commendable job in the series.

Previous article
Looks like Miley Cyrus is all set to make her fans go crazy over her new hair look.
Next article
Supermodel Martha Hunt announces her Engagement with Photographer Boyfriend, Jason McDonald. Take a look at her Stunning Solitaire Ring.