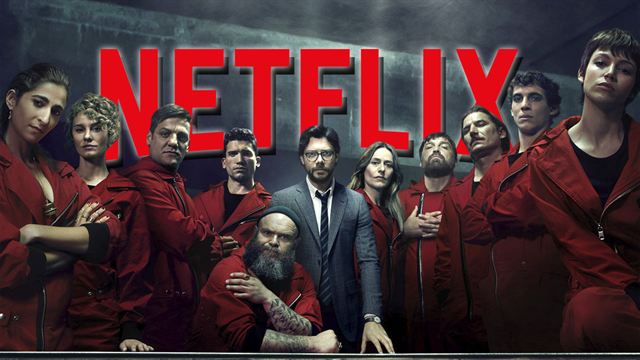 The Spanish TV series directed by Alex Pina created buzz around internationally when released on Netflix in late 2017. It created a great commotion amongst the internet lovers. It was basically a mini-series when Netflix released the season in two parts. But once loved globally it turned out to be a work of art and full of scintillating performances.

The riveting story twirls around a villainous instructor who chooses eight people with specialized skills. He conspired to print trillions of Euros in the Royal Mint of Spain as the most massive heist in the past. He asks for help from them to perform this difficult task. With time they plan out their robbery. The gang of thieves code-named after cities like Tokyo, Nairobi, Moscow, Berlin, Rio, Denver, Osland and the mastermind El Professor. It takes 11 days of imprisonment for the thieves to cope with best police forces and 67 hostages.

The two seasons have really seen some good acting and managed to keep the audience’s interest alive. The star cast of ‘ Money Heist’ includes Alvaro Morte, Ursula Corbero, the narrator and main lead, Silene Oliveira. But rest of the cast also proves their talent and caliber. As a professor and his team, each of them showcases their special talent and brings out their best in front of the viewers. Like season one and two, season three was also loved by the audience across the world when released in July 2019. All over people are eagerly anticipating for season four which will be released later this year.

The series was critically acclaimed for its plot, drama, and direction. It has achieved its success by winning awards for Best Screenplay, Actress, Direction, Best supporting Television Actor and Actress. It has even begged an Emmy for Best Drama Series.

For Alex Pina, it was a short and concluded series about a robbery. In the last season, they all end up being a millionaire after a robbery. To bring them back for another robbery is a difficult task but not an impossible one as they all have different characteristics to showcase.

Viewers are praying that season four shouldn’t be the final season. They are excitedly waiting for a more interesting plot and robbery in the upcoming season. Alex Pina needs to do justice to Money Heist as he is already busy with two more projects with the same franchise. Let’s wait and expect some surprising element about the show. Till then keep the fingers crossed.

Netflix “The Politician”: A bag of surprises, Mix of emotion and vision Once again presented by Ryan Murphy! Checkout for cast and storyline of the dark comedy around American Politics!!
Bojack Horseman’s Return From Rehab and ready to entertain you in season 6! Surely not Emmy but millions of hearts have already won by Bojack.