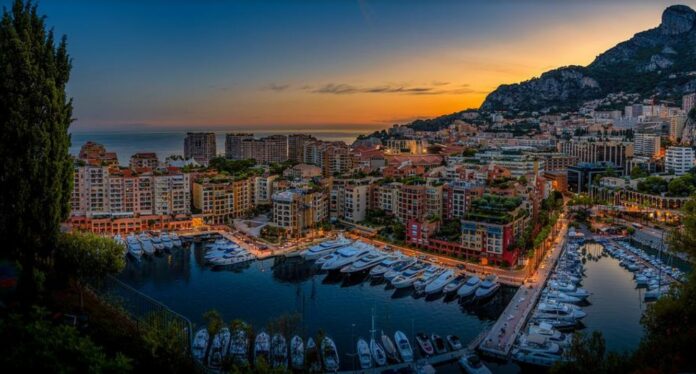 The principality of Monaco has more millionaires per capita than anywhere else on earth. No wonder it’s such a magnet for celebrities. Some live there, some swing by in their luxury yachts while a few just pop over for the weekend to party. That’s actually something that anyone can do, and you don’t need a seven figure bank balance. Let’s meet some of Monaco’s most familiar faces, and then see what all the fuss is about and how to grab a slice of the millionaire lifestyle, if only for a weekend.

The stars of Monte Carlo

It’s fair to say you’re liable to bump into anyone in Monte Carlo. Of course, it’s late May when the celebrity sightings hit their peak as everyone who’s anyone turns up for the Monaco Grand Prix. But there’s also a good chance of seeing a famous face or two at other times of the year.

Naomi Campbell tends to put in an appearance every summer, while Bono has a seafront mansion just outside Monaco and often sails in on his yacht to hang out with friends Leonardo DiCaprio and Jack Nicholson. Other famous faces who live in or close to Monaco include Elton John, Dame Shirley Bassey, Ringo Starr and Joan Collins.

The world’s most famous casino

Casino de Monte Carlo has appeared in so many blockbusters it is practically a movie star in its own right. It’s every bit as spectacular as it looks, from the endless line of supercars pulling up out front to the elaborate decor inside. The games themselves are nothing to be afraid of. In fact, you’ll see exactly the same titles as you might play online. So if you’ve been enjoying some no deposit free spins on games.netent.com here’s your chance to front up some money and play the same games James Bond style!

The casino is open from 2PM till 4AM every day, and there is an entry fee of €17. Smart attire is required – in essence, this means no shorts, vests, beachwear, ripped jeans or the like. You don’t have to go full on James Bond, but let’s be honest, if you’re not going to dress up a bit for the Casino de Monte Carlo, then when will you?

A car collection with a difference

Monte Carlo has a strong connection with automobiles. There’s been a grand prix here practically every year since 1929 and we’ve already mentioned the exotica to be seen day and night on Casino Square. Prince Rainer was the archetypal petrolhead and accumulated one of the most remarkable private collections in the world. You can go and see it for yourself at the Royal Palace.

What makes it such an interesting collection is that the prince had extremely eclectic tastes. This means that as well as the exotica and F1 cars, there are everyday family vehicles that were a common sight on our roads in the 1950s and 60s.

Monaco is famous for its luxury hotels, including the Hotel de Paris, the Fairmont and the Metropole. There’s no getting around the fact that even if you book well in advance and find a good rate, these hotels are never going to be cheap, and prices typically start at around €500 per night for the cheapest rooms and go up from there.

You might be prepared to absorb that for a couple of nights of the celebrity lifestyle, but if not, there are other alternatives. You’ll find the more basic chains like Novotel too, although they are still more expensive than they would be elsewhere. For a unique experience at a reasonable price, choose one of the many boutique hotels tucked away down the side streets. These are typically family owned, and offer a taste of genuine Monégasque hospitality away from all the flummery of the celerity hangouts.

Monaco is a country like no other, and not just because you can walk from one side of it to the other inside an hour. It’s a favorite of the rich and famous, but is also somewhere that anyone can go for a weekend to drink in the champagne lifestyle, even if it’s on a lemonade budget.