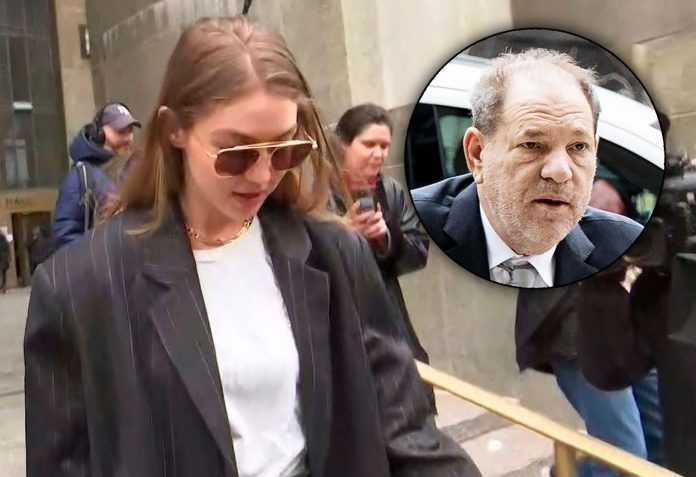 Things are not going to be so well and good after all for Harvey Weinstein. The case which is for him is going to be a complicated one and there would not be any loop holes for the accused. Model Gigi Hadid may be a jury member in Harvey Weinstein’s trial. This news came out as a shocking one for many people. The accused who is 67, is accused and is on trial for allegedly raping more than one person. Weinstein first sexually assaulted a woman in 2006. Then later in 2013, he raped a woman. But the shocking part was that he pleaded not guilty for the two cases of rape. One of his act was criminal sexual assault also, for which he was accused to the case too. Judge Burke, during the trial asked the jury pool if that had anything to say or anything to ask or say about the witness or if they know or any information regarding it. Then that time, Hadid raised her hand to voice out her opinion about the case as well and about the accused also. She said that she had met Salma Hayek, one of the witnesses in the case for this trial.

Well hopefully the right justice would be given to both of the women who got raped and as well as the criminal act of sexual assault as well. It is not at all right and okay for a person to rape someone and live freely. The jury position for Hadid is good and she will show her full potential in the case as well to bring out justice and right out in the light and not hide it in the darkness. Also there questions raised against Weinstein on what he felt about Hadid being on the juryjury. The defense lawyer Arthur Aldala said that they do not know of her so it is not predictable yet.

Previous article
Fans feel Selena Gomez’s interview with Kelly Ripa was ‘awkward’
Next article
Will Smith was jealous about his wife Jada’s friendship with Tupac Shakur!!