Mikasa Ackerman in Attack on Titan: One of the Most Steadfast & Skilled Character in the Anime World 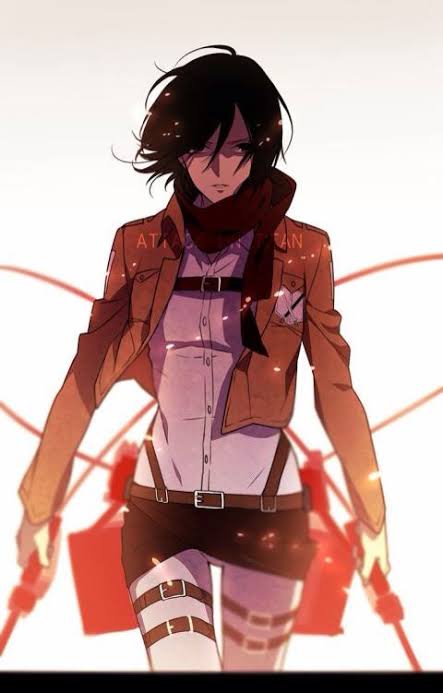 Mikasa Ackerman is the lead female character, along with the other two lead characters Eren Yeager and Armin Arlert. She was their mutual childhood friend and as they grew into young adults, they joined the royal army to fight against the titans.

Mikasa’s character can be said to be pretty much non-expressive, that is, as long as Eren is not concerned. She had been adopted by the Yeager family after her own parents were murdered. Eren was the one who rescued her from the murderers who were planning to sell her off due to her unique bloodline. Ever since, she harboured a fierce sense of loyalty towards Eren and is always ready to die or kill if it meant saving him. And that bond grew even stronger after Eren’s mother asked her to keep watch over her son.

She was the top-ranked graduate in their squad as her fighting skills and her omni-directional mobility gear skills were unparalleled. Any member from the Ackerman family will have a superior fighting skill compared to the rest of the world.b

Her voice actresses are You Ishikawa in the Japanese dub and Trina Nishimura in the English version.

Current position in the manga

The following lines are likely to contain some major spoilers, so follow at your own discretion.

Currently in the manga, Eren has gone off on his own and took the war to Marley, the rival nation that has been launching attacks on their home nation Eldia with the titans. He has completely disowned his friends and comrades and hatched a plan on his own without their assistance. His plan is to wipe out the civilisation in every nation so that Eldia can be saved.

Mikasa has fallen into depression as she is not only needed by Eren anymore, but that she’s going to lose Eren and Armin soon as any titan shifters will lose their life in 13 years due to the Curse of Ymir.

The manga still has a few chapters remaining for its big ending, so we can still expect the unexpected.