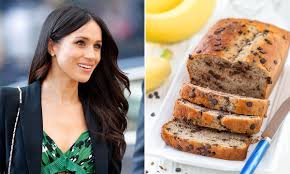 Meghan Markle is an expert in baking banana bread.

While Prince Harry and Meghan were on their royal tour to Australia, she had baked delicious loaves of banana bread.  They had made this tour, when she was pregnant with Archie in October 2018.

During their stay in Australia, the official residence of Australia’s Governor-General, in Sydney, Admiralty House, served as their place. The couple was invited by The Woodley family, to their mountain view farm for a visit. The night before, they made the special visit to the family-run farm in the city of Dubbo, Meghan baked a set of banana bread in the kitchen.

The bread was gobbled up by everyone over there. They called it delicious, and she was awarded five stars for her special preparation.

Meghan was afraid that she might add too many bananas in her banana bread, but Harry had warned her that, there is never too many bananas! Banana is an all-time favorite of Harry, and he loves banana bread too. It seems that the fruit has played an amazing role in their relationship.

Meghan used to be a blog writer before her marriage. She had got a lifestyle blog, in which she used to share her favorite recipes. She deleted this blog later when she got engaged to Prince Harry.  A successful charity book, Together: Our Community Cookbook,  was released by Meghan. The book contains recipes from many women who were affected by the Grenfell Tower fire in London.