Maren Morris and Ryan Hurd are soon-to-be parents to a baby boy! Check out the adorable photoshoot inside! 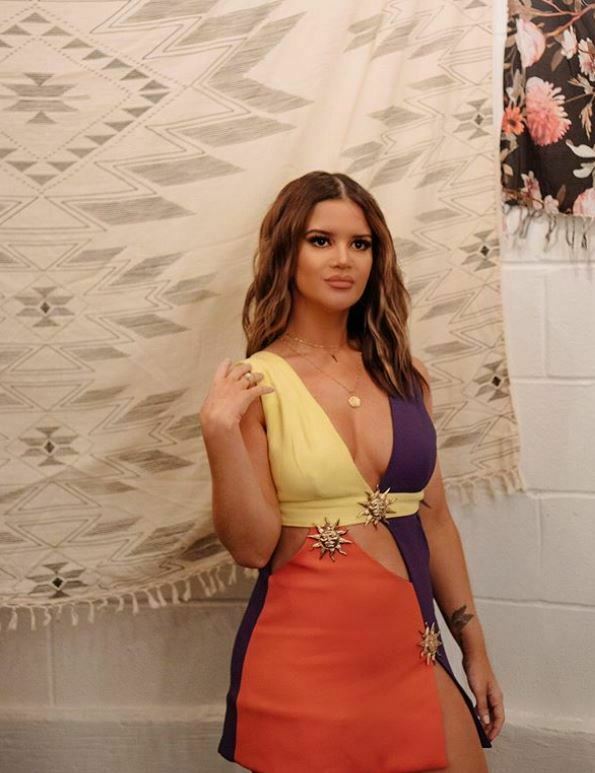 Marren Morris and husband Ryan Hurd have announced the baby news after more than one year of their marriage. The musical couple is expecting their first child together.

The Cute photos and captions!

Recently, the singers Hurd and Morris shared the lucky news on Twitter and Instagram. In fact, the adorable photos do not need any words.

Look at her…can’t believe it. See you in March, baby! pic.twitter.com/sQZrFcJl18

In a tweet, the father to be shared that the expected delivery date is next year in March. Also, he excitedly posted a GIF captioning that his baby boys can swim. Though this reveals his child’s gender. Still, he is also talking about their first babies, a white German shepherd June and French bulldog Pancake.

The singer shared a photo where she is reclining on the ground among flowers and sheets. Specifically, she is holding her protruding bump softly, gazing forward. However, her husband sits beside her. They are touching their foreheads in a sweet moment.

The irony is just too rich that after a year of living in the “GIRL” headspace, the universe would give us a baby boy to even things out. See you in 2020, little one. 👶🏻 pic.twitter.com/2pAidqZzzt

Also, the caption reveals that it is a boy. Since living in ‘Girl’-her new album, she sees this as a balancing act by giving her a baby boy.

The couple’s journey till now!

The couple met the first time to write a song for Tim McGraw in Nashville. They composed together with the ballad’ My Last Turn Home.’ There, they became good friends and would always hang out after work. In 2016, however, they announced their budding romance. Hurd proposed Morris in July 2017. Eventually, in March 2018, they tied the knot in Nashville. The wedding ceremony witnessed heartfelt vows and a casual feel to it.

Morris has songs like Hero, Girl, The Middle to her name while Hurd is an RCA recording artist.

Maren believes in her husband regarding song choices. Thus, she always seeks ways to get pieces of advice from him. She has never shied away from declaring her love for him. Also, she revealed that Hurd is a dork and makes her laughs, which is always a plus point for a lady!

Additionally, the couple now owns a home with their fur babies. Maren describes it filled her with pride and made her feel adult.

However, Morris has revealed just months prior that she and her husband have discussed family planning. She excitedly talked about starting their family, describing Hurd as a kid who will take full care of any infant.

Further, the strong relationship between her and his family and vice versa boosted her belief to have a family.

The country singers are eagerly waiting for their child. Thus, we hope that they get to enjoy this babymoon phase as much as possible.

Previous article
Fans eagerly waiting for Taylor Swift, Katy Perry and Selena Gomez collaborating but looks like the high profile feud will not let it happen?? Checkout for details!!
Next article
That came out of no where!! Zooey Deschanel and husband Jacob Pechenik file for divorce!! They will remain friends, business partners, and co-parents!!