Manga, One Piece Chapter 966 is all set to release and will be available! checkout for release date!! Spoiler inside!!

One Piece, the famous Japanese Manga, is all set to release its new chapter, Chapter 966, by the beginning of the upcoming week. 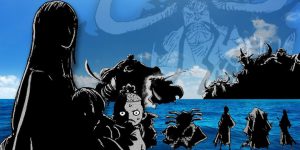 One Piece is a Japanese adventurous and fantasy manga series. It was written and illustrated by Eiichiro Oda. It was originally started from July 22, 1997, featuring in Shueisha’s Weekly Shonen Jump. Till date the series consisted of 94 volumes with 965 Chapters. The series was also adopted for producing as anime, which began broadcasting n 1999. Apart from it, the series was also produced into animated feature films, trading card games, and numerous video games.

Chapter 965 of One Piece manga was released on 15th of December, 2019. Initially, the manga raw, digital scans and English scans were about to be released on Friday, 20th of December, but it has been postponed. One Piece scans have also been stopped by unofficial scanlation sites. The manga will be released officially on MangaPlus and will arrive in stores on Monday, 23rd December 2019. 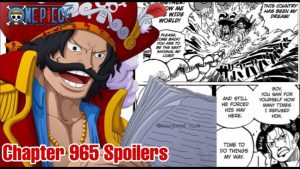 In the last chapter of one piece, Chapter 965,” The Previous One Piece,” the previous story of the current shogun, Kurozumi Orochi, was seen. It also revealed the birth of Kozuki Momonozuke and Kozuki Hiyori who were born on Whitebeard’s pirate ship Moby Dick. Oden’s father also fell ill and died. In the last chapter, a five-years worth of time-skip was seen. The chapter ended with Gol D. Roger talking about killing whitebeard while beating up a marine.
The new chapter of one piece, Chapter 966, will feature the meeting of Kozuki Oden and Gol D. Roger while facing off against each other. It will also be seen Oden joining Roger Pirates along with Lady Toki, Momonosuke, and Hiyori. In another time-skip flashback, Oden and Roger might visit Skypiea Island. Roger might become the Pirate King at the end of Chapter 966.