Man chopped to pieces by his 19-year-old ‘adopted daughter’ and her 16-year-old boyfriend, body found in a bag floating in Arabian Sea. 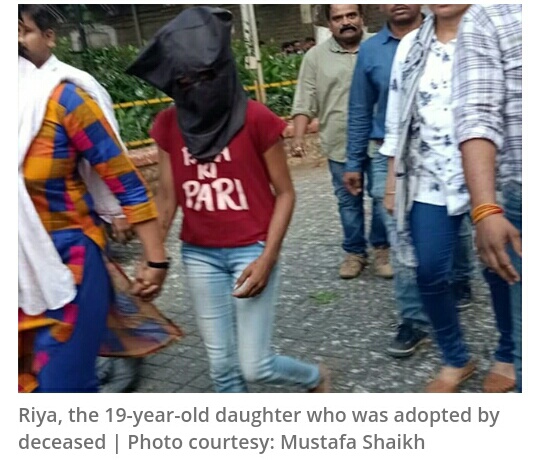 A heart-wrenching story came from Mumbai when the police found a bag floating in the Arabian Sea behind Makhdoom Shah Baba Shrine near Mahin on 2nd December. The police were horrified when they found a severed leg,  a hand of a man and his private parts in the bag. In addition to this, there were two shirts, two pairs of pants and a sweater in the bag.

Coincidentally, one of the shirts had the tag of a shop named ‘Almo Men’s Wear’. The police have begun to search for the shop and found the same in Kurla. The shop owner helped the police in finding the bill and identified the man as Bennet Rebello. But unfortunately, police couldn’t find anything else than his name and signature.

The police searched on facebook and found a man’s profile with the same name, wearing the same shirt. The police found his visiting card with his address and phone number. When police went to his house in Kalina they found that it was locked and no one came here for 10 days.

The neighbors told that he lived here with his adopted daughter 19-years-old Aaradhya Jainendra Patil alias Riya. Police found Riya in her parental house and when asked about Bennet she told that he had gone to Canada. 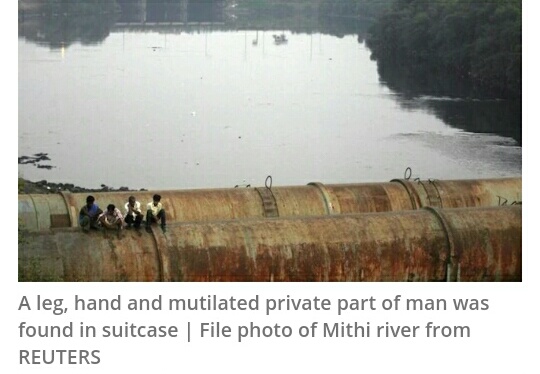 Not founding her answer satisfactory, police took her and her 16-years-old boyfriend under custody. There she accepted that on 26th November they hit Bennet, 59 with bamboo on his head and stabbed in his back. Then they left him to die but when he was alive for hours, they sprayed mosquito repellent on him. For three days, they chopped him with a red hot knife and packed his body in three bags.

They threw the three bags at different points in the Mithi River. She alleged that he sexually abused her and was not happy with her relationship. He also told her that after his death all of his property will be hers. Police are searching for the other two bags and the investigation is going on to find out more about the murder.

Previous article
Brad Pitt gets candid about his life and comes to term with his mistakes and drinking!
Next article
‘Mugging Gone Wrong’ Case turned out to be a car collision. Woman, 25 stabbed to death and a 13-year-old accused released after being quizzed.