Making It Season 2 IsThe Ultimate Show For This Holiday Season For Some Quality Family Time! 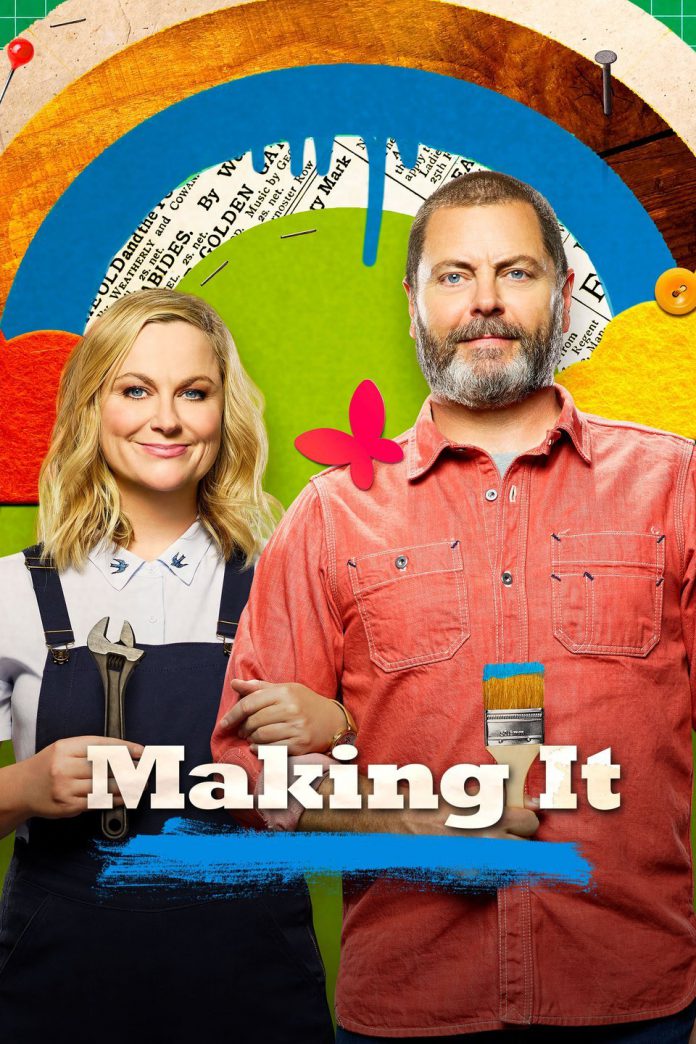 Want to catch some feel-good binge-watch this holiday season! Well, your wishes have just been answered. There is a prize in the show and the show itself is also a prize for families.

What Is The Show All About ? The Second Season Is Going To Be Interesting!

Amy Poehler and Nick Offerman, are back with Making It season 2. The two are completely in awe of the artistry unfolding before them as 10 crafters take on their assigned tasks. The two clearly are in love with their non-scripted gig, and it’s just as much fun watching Poehler and Offerman practice their comedy craft as it is watching a contestant whip up. something interesting!

Everything we loved about the two of them in Season 1, from their pun battles to Poehler’s perfectly practical overalls, is all set to dazzle fans once again. The show builds a found family every week. There lies the simplicity of the show.

Must Watch For All Families All Around the Globe.

Making It is really one of a kind show. The show is apt for the whole family to binge-watch this Christmas. He content of the show is quite unconventional with a beautiful amalgamation of traditions airing at the most ritualistic time of year, and it feels right. Let’s just hope that NBC makes Making It a new holiday season tradition.

Previous article
Finally, Cincinnati will have 1st area show of The Who after 1979 tragedy
Next article
Family becomes stranger! Thats how Garth Brooks felt after divorcing Sandy Mahl and spending time with 3 young daughters!