More
HomeEntertainment"Magic" by TXT on The Late Show with Stephen Colbert was the... 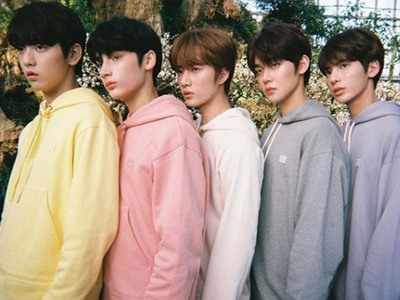 TXT is a boy band which has five members it is also known as TOMORROW X TOGETHER. They are formed by HYBE or Big Hit Entertainment. However, the five members are Yeonjun, Soobin, Beomgyu, Taehyun, and Huening Kai. They debuted on March 4, 2019. Their first album was ‘The Dream Chapter STAR’.

On September 17 2021 TXT took the platform of The Late Show with Stephen Colbert to promote their new work. In this show, they started fireworks with their performance. We saw them performing on their track Magic. It is a song from their album The Chaos Chapter FREEZE.

About their new album

In the show, they performed on their track ‘Magic’. However, this song is a part of their album FREEZE which had the top position in the 2021 chart on the Billboard 200. It secured this position for almost 12 weeks. The show was lit on fire because of its energetic performance.

Meanwhile, they are on the verge to release their new Japanese EP Chaotic Wonderland. They have also given us the release date for their new album. It will be on November 10, 2021.

In the performance, we can see them singing and dancing which is a whole vibe. Meanwhile, they all are wearing white the pool background gives the performance more emphasis. The news for their performance was released by their tweet.

However, the late show also tweeted their performance because certainly, it was the highlight of the day.

They are currently also working on their new album ‘Chaotic Wonderland’. Meanwhile, they released the concept ZERO photo through Twitter. All of them have done a separate photoshoot for their new album.