Looks like Nia Long’s fan following is now having some famous rappers also- Nas and 50 Cent. 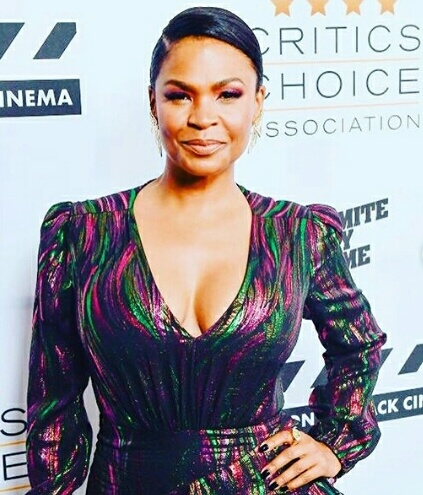 It has been 25 years since Nas‘ debut Illmatic has hit the ground in April 1994. But Nia Long doesn’t seem to have forgotten the epic track. She posted a series of images on her Instagram handle paying tribute to the legend. It looks like she is still enjoying the album.

On December 13, she added her images wearing an over-sized sweatshirt Nas’ face printed on it. In her first selfie, Nia, 49 captioned, “Illmatic 🖤”.

Soon, she added her second snapshot in a different pose and with a different cation, “Illmatic part 2”.

She terminated her series of tribute by the last image with a caption: “Still ill. 😜”. It seems like she is still fond of it. 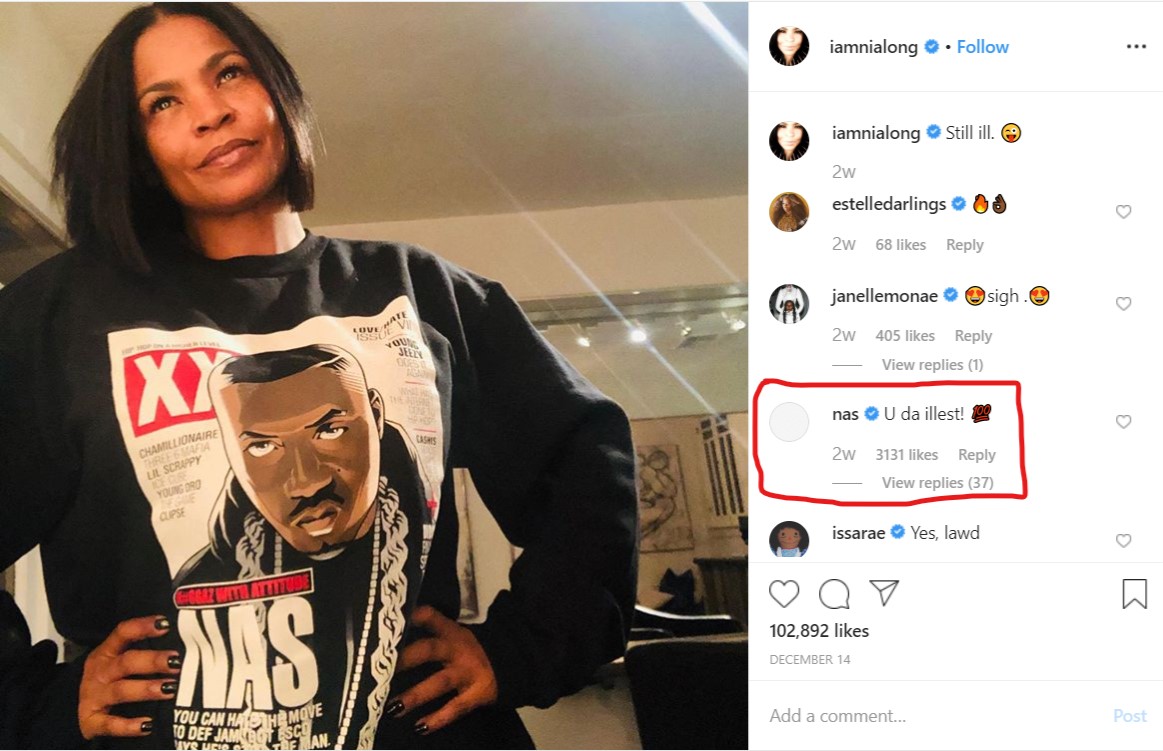 Nas was maybe noticing the actress’s activity on social media. He took part in the activity and commented on her post, “U da illest! 💯”. It translates, You are the Best.

Talking about Nia Long, she is known for her roles in the television series The Fresh Prince of Bel-Air, Third Watch and Empire, and the movies Boyz n the Hood, Friday, Love Jones, Soul Food, In Too Deep, The Best Man, Big Momma’s House and Are We There Yet?.

Recently, she added another post on Instagram exposing her cleavage. She wrote in its caption, “Looking down on 2019…2020 LET’S FUCKING GO.” Big Boi noted, “We already Gone Shawty,” on the pic. While Fiddy (50 Cents) remarked, “I like this picture LOL” along with a pair of eyeball emojis. Yo-Yo also came in with, “Miss you pretty lady.”

Looks like all the rappers are following Nia Long’s social media activity and actively participating in it. Not just these musicians but common people also liked the photo of Nia and commented amazingly.