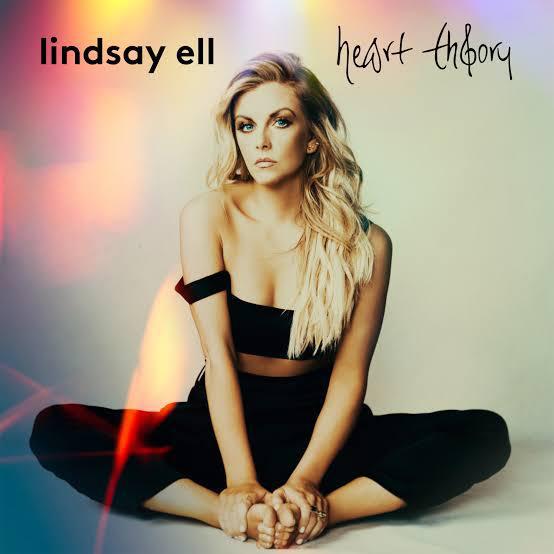 While everyone is sending time quarantining at home, county music singer Lindsay Ell released her second music album Heart Theory and the musical tracks are all about finding one true self through a number of internal struggles.

It is only two and a half weeks till heart theory drops and I am SO EXCITEDDD. Pre-order the album if you haven’t yet. I’m signing the first copies ordered – link in bio. ✨

The thirty-one-year-old singing sensation has poured her heart and has been extremely candid and personal with this latest release. There are twelve total tracks in the album but the eleventh track Make You will make the coldest hearts melt.

Incredibly excited to play a really special performance on the @todayshow at @theryman this morning!! 😍 Watch today on the 10 am hour. 🎥🎥🎥 #wAntmeback

The singer has come out as a rape survivor at the age of 13 and 21. The lyrics are all about the internal struggle and the demons she has been fighting within. The experiences have crippled her for years. The singer has confessed that she has been the most vulnerable she has bee as a songwriter. Have a first look at the songs that are out now and fans are loving them all!

The Singer Has Poured Her Heart Out In This Extremely Personal Album.

Some of the musical tracks also look deep into her personal life especially some of her failed romances over the years, the most recent one with Bobby Bones that ended back in 2017. The musical sensation confessed that that breakup actually made her dive deep into herself.

Just before @lindsayell started her 24-hour live stream to promote her new album titled "Heart Theory" and raise money for the #MakeYouMovement, we chatted with the multi-talented musician. (Official Press Release) Chart-topping musician, vocalist and songwriter Lindsay Ell’s highly-anticipated sophomore album heart theory, an incredibly personal 12-track concept album that explores the seven stages of grief, is available everywhere now. The album has already garnered critical acclaim, with American Songwriter hailing it a “masterpiece of an album” and Rolling Stone calling it Ell’s “most empowering album to date.” In honour of the release – her first original album in three years – Ell is in the midst of a global 24-hour livestream titled Lindsay Ell Around The World which kicked off last night at 11pm CT on her Instagram. In lieu of being able to travel, the livestream features every time zone around the world, with Ell giving fans an inside look at the new record with personal stories behind songs, performances and chats with special guests across the globe all while raising money for the Make You Movement, her charitable foundation that will provide funds to organizations that support at-risk youth and survivors of sexual trauma and domestic abuse. Highlights from the livestream have included chats with Olympian Pita Taufatofua, Indian model Gauhar Khan, label mates The Wolfe Brothers coming in from Tasmania and a virtual breakfast cooking class alongside Chef Matt Migliore. Throughout the course of her career, Ell has amassed more than 123 million on-demand streams to date and is currently nominated for two 2020 ACM awards – New Female Artist of the Year & Music Event of the Year along with two 2020 CCMA Awards — Female Artist of the Year and Interactive Artist or Group of the Year. #lindsayell #hearttheory #countrymusic #nashville #barn49 @greggr105 #Artist #Rock #Singer #Song #igtv #instamusic #vinylcollector #photooftheday #instagram #instadaily #countrymusiclover #countrymusichalloffame #countrymusicfestival #countrymusicvideo #countrymusicawards #countrymusicsinger #countrysong #country #countrysinger #countrymusician #countrymusicislife #count

The singer has been talking about her latest album and how it is about looking into one’s own fears and demons and rising above all of them. Ell has been promoting the album on her social media as well and as the lyrics are evident enough it is truly close to her heart as the musical creation seem to be inspired from her own life experiences.

Three Producers Are Fired From The Ellen DeGeneres Show After Severe Allegations Resurfaced By Former Employee! Check it out.
The Leading Girl Gang From Pitch Perfect including Anna Kendrick and Rebel Wilson Reunited For A Virtual Charity Performance And Fans Are Overwhelmed!