Let’s Travel Through The History Of Hubble Space Telescope! 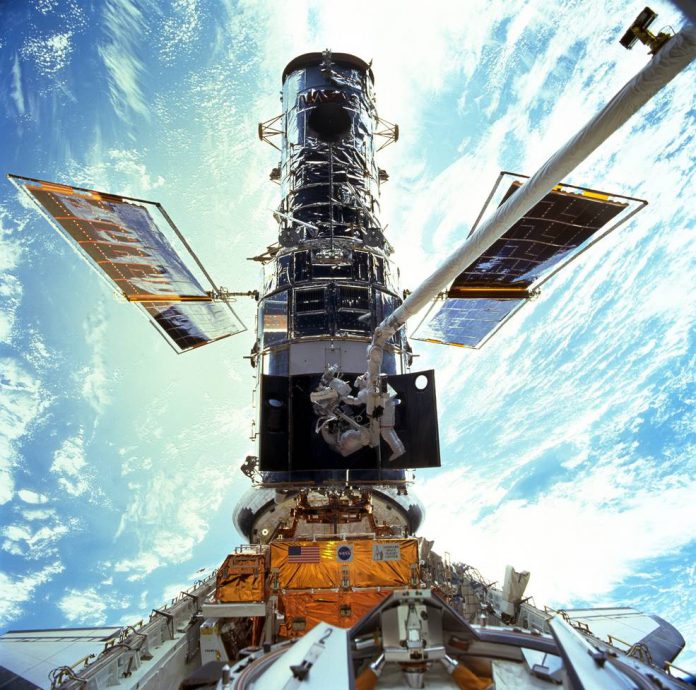 Hubble Space Telescope is a space telescope that was launched into low earth orbit in 1990 and remains in operation. Well, it is the largest and most versatile telescope. It is used as a research tool and also for public relations. The Hubble telescope is named after astronomer Edwin Hubble and is one of NASA’s Great observatories. The four main features is to observe ultraviolet, visible and near-infrared region of the electromagnetic spectrum. The view from telescope have given splendid breakthrough in the history of visible light images, allowing a deep view into space and in astrophysics, the major one is determining the rate of expansion of the universe.

Hubble telescope was built by the United States space agency NASA with contributions from the European Space Agency.  NASA has preserved the telescope for more than 30 years and has a dedicated page for Hubble Story.

Watching the universe from the earth is the greatest source of information for scientist, astronomers, however, faced major obstacles that stood between them and a clear view of the universe. Many hindrances like atmospheric fluid, dust gas. So how to solve this? Well, in 1923 a scientist came with an idea of putting a telescope on the rocket, which not only allows them to view the outer periphery of the earth but also a major part of the universe.

In 1983, the space telescope science institute was established at the John Hopkins University in Baltimore, Maryland. The number of problems came in the making of telescope for eg; lack resources etc. however we things were in blue sky in 1986 challenger accident forced NASA to ground the space shuttle fleet for two years. But finally, on April 24, 1990, the space shuttle Discovery lifted off from the earth with the Hubble Space Telescope was successfully launched.

While there is no service or repairing done to this 30-year-old machine, but the scientist is trying their best to repair the machine as long as they can.

Previous article
Larry David Asked People to Stay at Home Amidst Corona Pandemic
Next article
Tekashi69 will be released soon from the prison due to coronavirus outbreak.