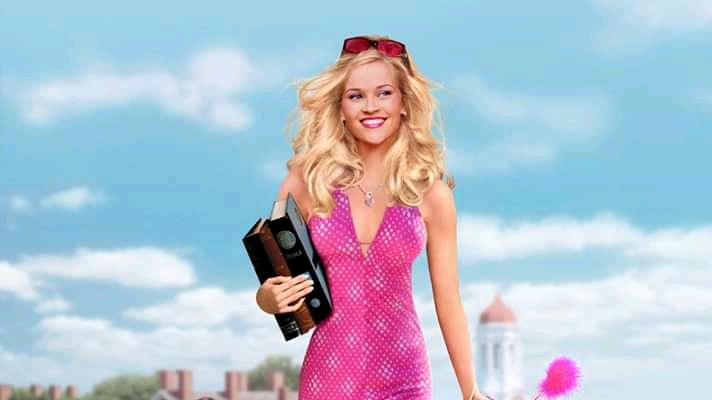 Legally Blonde 3 is gonna get back on the screen and this time the writer is none other than Mindy Kaling. First part of the great romantic movie was a big success for the franchise. Legally Blonde was released in 2001 and it was the most popular romantic movie of that time with a large number of fans. Each and every cast member specially Reese Witherspoon gave amazing performance and were loved by the audience.

Who says you can’t celebrate #InternationalDogDay and #WomensEqualityDay all in one? We ❤️ Elle and Bruiser Woods! #LegallyBlonde

Elle Woods was the name of Witherspoon’s character and her acting in the movie was praised by everyone who watched it. She flawlessly performed the role of a hopeless and romantic young girl who was obsessed with the colour pink. Seeing her childish behavior her boyfriend decided to beark up with her. And further in the movie he ditches her. Moreover, he also got into a relationship with someone he thought was more sensitive.

This made Elle very upset and she was determined to prove her ex that she isn’t childish. Thus, she takes admission into Harvard, the same university where her ex boyfriend was pursuing his matriculation.

The $18 million movie made a collection of $141 million and became a superhit. Even the critics gave good reviews to the movie and hold your breath because Mindy Kaling has announced that she is writing the script for third part of this amazing movie. Dan Goor will also help her in writing the script for Legally Blonde 3. Bow lets see what story do these two iconic writers come up with.

#Repost @reesewitherspoon ・・・ “Sorry I can’t, I’m busy” – me when someone tries to make plans this weekend #flashbackfriday #legallyblonde

Mindy told that she was very nervous in the starting of this project but now she is really excited and so are the fans after hearing about the movie’s arrival.

Glow on Netflix is coming to and end with the finale Season 4! Here is what Alison Brie had to say about it.
The Young and the Restless: It’s Time to Bid Farewell To Dina Abbott Mergeron and the show is doing it with a heavy heart.