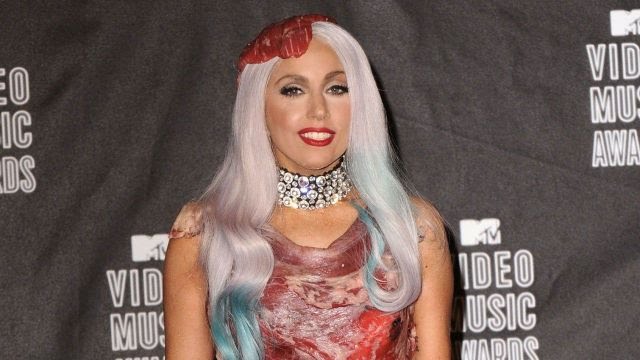 Well, who does not know about Lady Gaga’s Meat Dress? The famous American pop star wore a dress made of raw beef at the 2010 MTV Video Music Awards, which is in the limelight till today.

The “Bad Guy” singer, Billie Eilish, who is seventeen, attended an interview with Variety recently with her brother Finneas O’ Connell. In the interview, they discussed many things, including red carpet looks, awards show fashion, and the Grammys. As a part of the interview, she was asked to express her opinion on Lady Gaga’s infamous meat dress worn by her at the 2010 VMAs. She responded with only one word to express her feelings,” Yikes.”

Since then, she is facing the criticism of many of Lady Gaga’s fans who are expressing discontentment and hatred over her in various social media sites. It is not shocking for the public to hear the seventeen-year-old singer’s response considering the fact that she is a well-known vegan.

Does this call for the cancellation of the Singer, Billie Eilish?

The seventeen-year-old singer, Billie Eilish, has been nominated for six awards this year and will also attend the Grammys for the first time in January 2020. Due to her response over Lady Gaga’s iconic and infamous meat dress in the year 2010, she has been facing much criticism, and some have even called for her cancellation.

It is the singer’s personal and free choice to make any comments since the question was asked to her. She also has her own opinion and beliefs, considering that she is a vegan. Many Lady Gaga’s fans are also supporting her and saying that this does not call for her cancellation for expressing her own thoughts. Lady Gaga and nor her agency has made any comment yet.

Previous article
FATAL FERRARI CRASH IN LOS ANGELES, VICTIMS IN CRITICAL CONDITION.
Next article
Looks like Cardi is full of ‘B Yourself’ attitude while talking to Vogue about being a Wife and Mother!