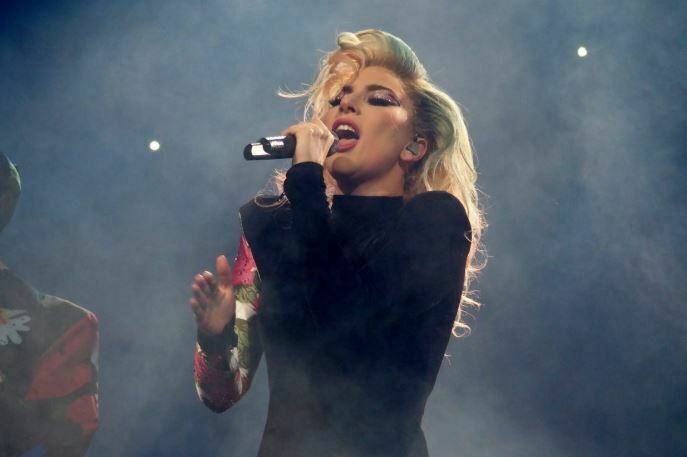 The 33-year-old singer was performing a music concert in Vegas. A fan carried Gaga while dancing but suddenly lost control. Due to this, they both fell from the stage. The concert was a comeback of Lady Gaga’s Enigma residency in Vegas after June. However, the first (opening) night didn’t turn out to be that good for the singer.

Lady Gaga fell on her back. She was wearing a blue color wig that had to face all the impact of the fall. Many crew members came running and helped Gaga to stand at her feet again.

The singer has not said anything about the incident publically. Although, many fans attended the show have recorded the whole mishap. One of the audience recorded the fall of Lady Gaga quite closely. The audience posted the entire video on the Twitter account captioning it as ‘Lady Gaga just fell in front of me’.

The fan who was dancing with the singer on stage also fell offstage. He landed on top of her and therefore, we can imagine the situation. It might have hurt her terribly after falling from the stage.
However, the singer is fine. Also, she is continuing the show. Lady Gaga posted a video sharing her performance rehearsals and practice.
Enigma will continue till May 2020. Gaga has signed a 2-year contract for 100 US dollars. The singer can not afford any more injury at this stage when she is pilled up with so much work.

In the video recorded by the fan, we can hear Gaga saying she’s ok! and continued singing. Though she encountered a little pain due to the fall. Post-performance, the singer shared a picture of herself. She shared the procedure of healing the bruises – freezing ice bath, followed by a hot bath and then rest for some time wearing a compression suit.