See also  Mary Streep starring The Laundromat is all set to hit the screens. Check out for more details..!!
Menu

See also  Mary Streep starring The Laundromat is all set to hit the screens. Check out for more details..!!
Search 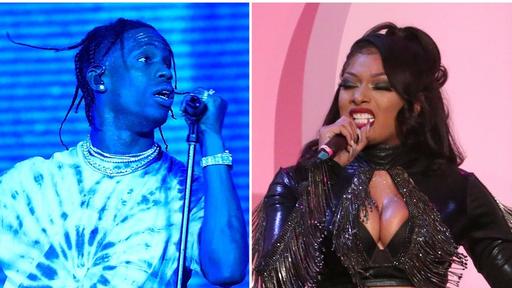 It seems like Megan Thee Stallion is owning this year like a boss! After some back to back big releases that went on to be big chart-toppers, the artist has recently been making headlines for yet another reason!

Are Megan Thee Stallion And Travis Scott Dating Each Other?

Megan Thee Stallion and Kylie Jenner’s baby daddy Travis Scott are giving heat to some major dating rumors. According to sources, the two are dating and we wonder what Kylie has to say about this new rumor on the block! These dating rumours were further fuelled after Celebrity chef Shabrayia Woodall took to social media to say that he had personally cooked for Meg and Travis.

While the make-up mogul has still not made any remarks about this ongoing rumor, this is not the first time that the two women had beef over a man! The two earlier had some ongoing tension between the two after Megan’s ex-boyfriend Tory Lanez was allegedly spotted flirting with Kylie Jenner. While that rumour soon frizzled out, the two are rumoured to be cold against each other. Makeup Mogul Kylie Jenner Might Have An Interesting Take On This!

Travis Scott- Megan There Stallion dating rumors were fuelled further after the two were rumored to be having dinner at Travis’s place.  Kylie Jenner also shared a cryptic post afterward that had a caption about dinner as well.


See also  'Rest in Pieces,' the Newest Addition in "Endless Running" Games is taking Over the Gaming World - A Review