Kohei Horikoshi gave crazy turn to “My Hero Academia” Season 4 after introducing another villain “Overhaul”!!Deeds inside.. 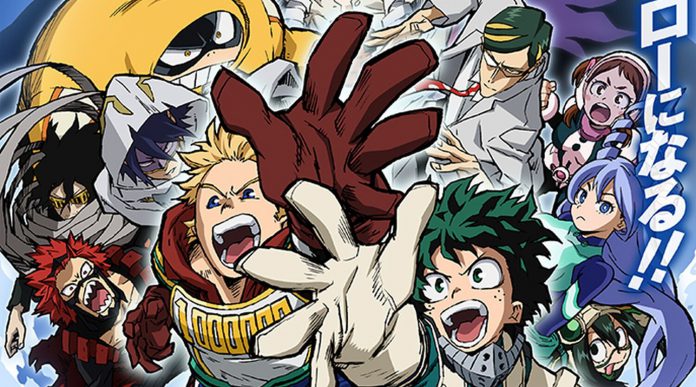 The Japanese superhero manga series ‘My Hero Academia’ Season 4 shocked the fans by Overhaul’s violent debut. Overhaul, the brand new villain of the show, is all set to become the chief of the villains after All Might’s retirement.

As we all know, All for One had a stronger influence on the legal underworld than All Might, Overhaul, too, feels that All for One’s absence had impressed him way more than that of All Might’s. All for One was termed as a destructive legend, whereas All Might assisted as an emblem for the Heroes. Although All Might successfully harmed and injured All for One, he was not successful in ending his villainous impact among the audience.

About the new Villain Overhaul:

Now, My Hero, Academia, has found Overhaul as a replacement of All for One’s fame and power. Overhaul, the head of Shie Hassaikai, a Yakuza group, wants to make use of All Might’s retirement and All for One imprisonment in Tartarus. He wants to grow more powerful and dominant as both heroes and villains are now left without their leaders. He wants an organized power and growth, and this is what makes him more incredible than All for One. Moreover, he wants to raise the powers and activities of the Yakuza group as they were put to a halt by the growing Hero society.

Created and written by Kohei Horikoshi, My Hero Academia has been running on Weekly Shonen Jump since July 2014, and 24 volumes have been created since then. The series is dubbed in Japanese and English. The English version is licensed by Viz Media. The plot of My Hero Academia revolves around a boy Izuku Midoriya who was born without superpowers but dreamed of becoming a superhero. Later he is scouted by All Might, world’s greatest hero who shares his powers with him and enrolls to train him in a high school for heroes.

Previous article
Starz’s “Power” Season 6 Episode 9 is in the to do list of every fan and looks like they Can’t Control Their Eagerness!!
Next article
After South Park, China Bans Another Entertainer!! PewDiePie took to internet to explain why?