Kim Kardashian Met Rodney Reed! His Execution Is Delayed For A While. 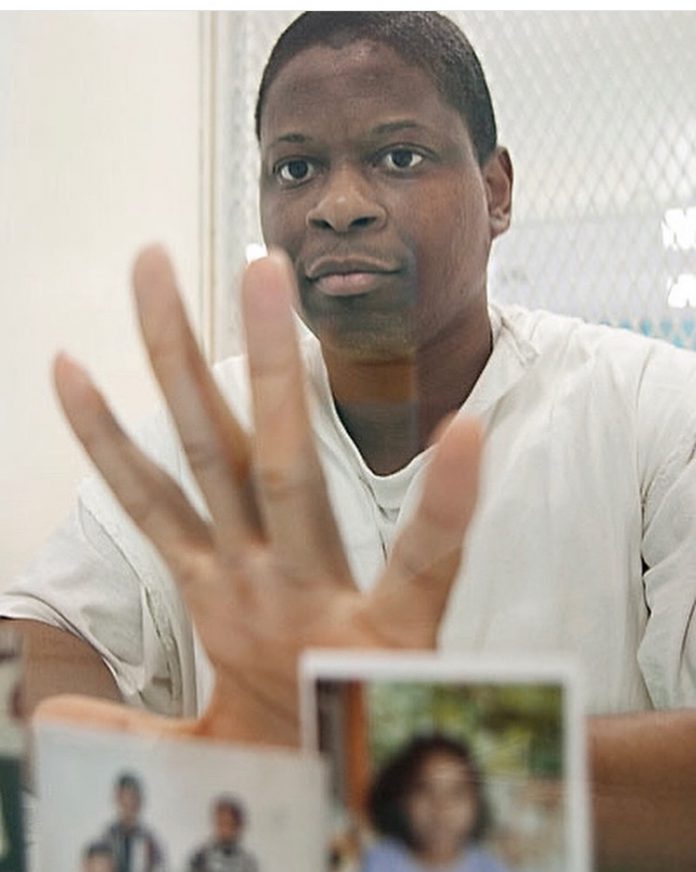 It seems like Kim Kardashian recently met Rodney Reed. Rodney Reed is a man on death row after being arrested with charges of raping and killing a nineteen-year-old. With new evidence in the forefront, it is possible that he might be innocent. Kim Kardashian was one of the celebrities who campaigned for Rodney’s freedom.

Reality TV Star and Entrepreneur Kim Kardashian went on Instagram and informed that she was with Rodney Reed when he received the news that his execution has been delayed for a while. He was arrested in 1998 for murdering nineteen years old Stacey Stiles.

Moreover, Rodney became the prime suspect when his DNA was found on the victim’s body suggesting to a case of sexual assault and murder. Although now bee evidence is Jn the forefront and pointing fingers at Stacey’s fiance Jimmy Fennell. Some people have even said that Fennell is the one who murdered Stacy. One of the reasons is probably insurance money. Another friend came up and confessed that Jimmy wanted to kill her because of her illicit relations with someone else.

Now that this new evidence is suggesting an alternative truth, the Texas Board of Pardons and Paroles recommended a 120-day delay for the execution to investigate the case further. Rodney has maintained throughout his arrest that he is innocent. Celebrities like Kim Kardashian, Kanye West, Rihanna and Meek Mill have been campaigning for his freedom. Kim Kardashian thanked everyone for their love and support and whoever voiced their support.  According to sources, Kardashian met Reed on legal visitation. Kanye West was allowed meeting him stated the source.

Kim Kardashian is currently pursuing a career in Law. According to Kim, this new evidences can prove Rodney innocent and can save him from the execution.