Kim Kardashian and Sharon Strzelecki collaborate for Uber eats ad; Kim doesn’t even know what a netball is! 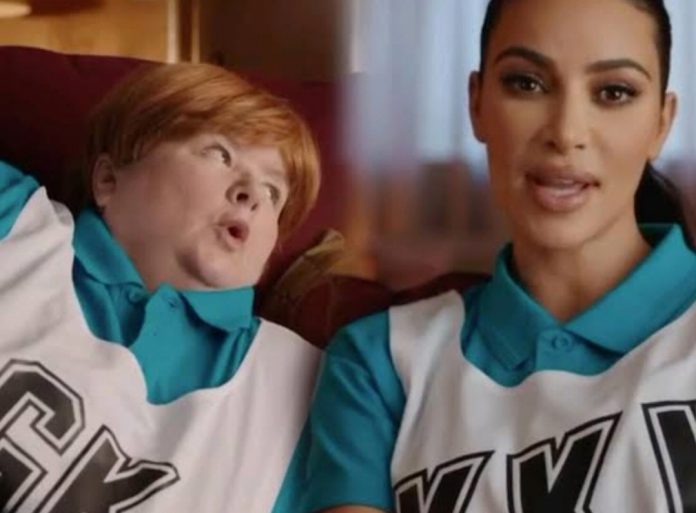 In the advertisement, Kim and the other women can be seen discussing what to order from Uber eats and they are wearing netball outfits!

The commercial was shot in Los Angeles and it took more than 10 hours to get the finalized shot! There were more than 150 crew members to help to film the advertisement. But it was all worth the effort!

People have really given positive reviews to the advertisement. It is really amusing and a striking one. From Shanon teaching Kim how to pronounce “noise ” to Kim saying chicken chips and chicken salt, the commercial is surely going to make you laugh!

The advertisement received massive praise on the social media platform. People were so happy to see Kim and Sharon together!  The ad has been categorized as one of the most iconic commercials ever created! People are calling it an explosion of fabulousness! Well, it definitely is a masterpiece!

Though the commercial was a big hit, Kim had no idea what a netball was! She thought of it as a function similar to Met Gala! It was not Kim’s fault though. Netball has never been played in the Olympics and is basically played in Australia only.

Sharon Strzelecki stars in the show “Kath and Kim”. Kim Starrs in the most famous reality show “keeping up with the Kardashians”.