See also  2020 gets Grimmer as Beloved Game Show host Alex Trebek Passed Away at 80 after a Long Battle with Cancer
More
HomeEntertainmentKid Rock Jealous of Taylor Swift's success? His Sexist and ignorant Tweet...

Kid Rock Jealous of Taylor Swift’s success? His Sexist and ignorant Tweet says it all?? 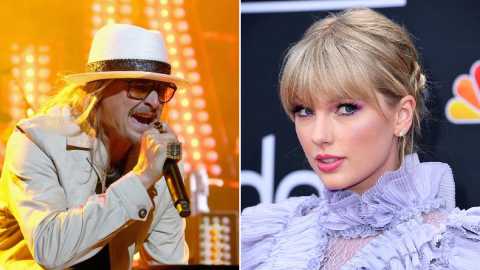 Netizens are bashing Kid Rock for his tweet targeting Taylor Swift. Kid believes in the Republican ideologies while Taylor is a Democratic supporter. The tweet has been dubbed to be sexist, and it makes crude reference to oral sex. 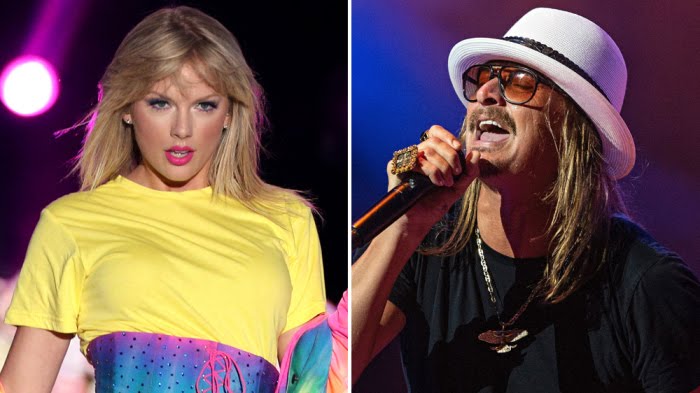 Kid Rock posted a tweet against Taylor Swift on Friday morning. In the tweet, he said that Swift is supporting Democratic ideologies only because she wants movies. He also made a crude reference to oral sex with “suck the doorknob off Hollyweird” implying that Swift is too desperate for movies and she could go to any extent for them.

The “Bawitdaba” rapper’s tweet came as a response to Taylor’s political stance that she discussed in a cover story interview with ‘Vogue.’ In the interview, Taylor explained her the reason for her silence during the 2016 presidential election in the U.S.

Taylor explained that during the summer right before the election, people called her names like, “manipulative,” “calculated,” “liar,” and “snake.” The actress said that people wanted her to disappear, so she decided to disappear by remaining silent during the election. Reaction from the Netizens:

The Netizens bashed Kid Rock for his sexist tweet. Patton Oswalt, Chrissy Teigen and Rock’s 2002 picture co-star Sheryl Crow are some of the celebrities among the bashers. They called him pathetic and asked him to spread love instead of hatred.
Other netizens also condemned Rock for his tweet. Of course, they referred to him as sexist and ignorant. They also alleged him of being jealous of Taylor Swift, for she is a more successful musician than he is.

See also  Beyonce talks about her misery of suffering miscarriages in an interview.

Till now Swift has not said anything in response to Rock’s sexist tweet. Currently, the actress is focusing on her upcoming movie ‘Cats,’ which is going to be released on December 2020.