Kevin Hart trapped in a flipped car..Needs back surgery?

Apparently, Kevin Hart is not the only celebrity to get injured in a horrifying car wreck right next to his house. It was reported that along with Kevin Hart his wife’s personal trainer was also trapped in the car after it flipped over.
Kevin Hart’s wife’s personal trainer was Rebecca Broxterman who is 31-years-old and was seated in the passenger seat of 1970 Plymouth ‘Cuda when the car suddenly flipped and ended up landing upside down in an embankment.

Rebecca Broxterman was a personal trainer and an IG fitness model who is popularly known for training the Harts into perfect shape.

It was reported that Rebecca Broxterman works especially with Kevin Hart’s wife Eniko and was always featured in Eniko’s Instagram video and pictures. These pictures and videos feature Rebecca Broxterman and Eniko Hart working out and having fun together. 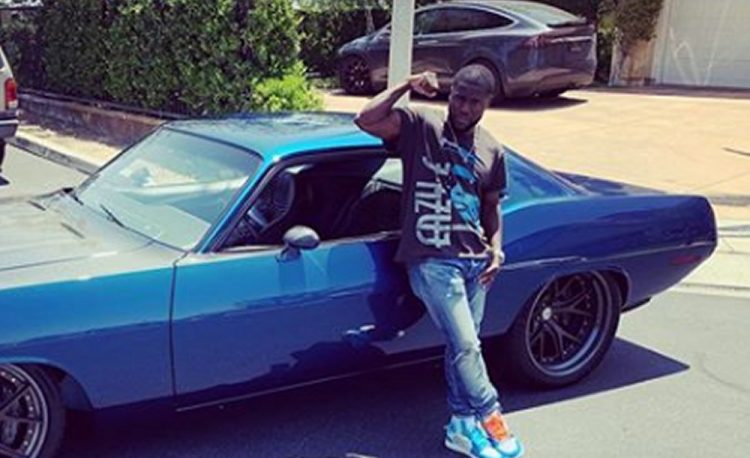 Rebecca Broxterman along with Kevin Hart was freed from the car by the emergency respondents along the Mulholland Drive.

Fans all over the world have been worried about Kevin Hart’s medical condition and have been sending messages to him hoping for a quick and full recovery.

The report from the hospital they were admitted said that Hart has suffered from major back injuries and might even need surgery to recover.

Rebecca Broxterman was said to have suffered minor injuries and it was reported that Rebecca has inclined medical treatment.

Since the car accident, Rebecca Broxterman has not made any statement on social media and her last post was on Saturday.

Police are still investigating the cause of the car crash as why it has suddenly shot off and flipped whereas Hart’s camp has not said a word to the world.
Kevin Hart’s wife Eniko has also not made any statements regarding the crash on social media regarding her husband’s medical condition.