In September, Kevin Hart got into a major car accident in his vintage 1970 Plymouth Barracuda. The car veered off into a gully off the road while he was in the car driving alongside his friend. The actor suffered from a serious spine injury following the crash.

And now after two months of physiotherapy and exercise trying to get his body back in shape, Kevin Hart is back. The actor released a video online after his hiatus on social media. In the video, Kevin seems to be doing much better. You can see him smiling and working hard on getting his body back into top shape.

In a voiceover throughput the video, hart talks about how the crash impacted him personally. Calling it a moment when his “world was forever changed”, the comedian talked about how the accident made him realize God was trying to tell him something. According to Hart, the crash was a way for God to tell him to “sit down”.

And he did. Hart said he now believes the accident was a blessing in disguise. He is now appreciating the world anew. He thanked his family and his friends for sticking by him through everything. Aso, Hart says he is forever grateful to his fans for their continued love and support for him.

The actor has always been a hard worker. He first started up as a standup comedian almost 20 years ago. Ad now is a successful actor and producer in Hollywood. He strs in multiple movies a year with his latest venture being the Jumanji sequel – a billion-dollar series. Along with that, Har has two more movies in the lineup – Fatherhood and My Own Worst Enemy. 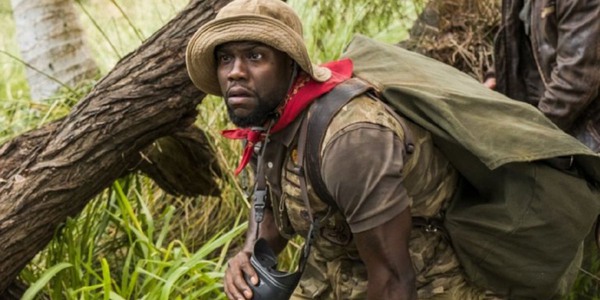 His doctor has given him the red light to continue with marketing for Jumanji now. And the actor said he is looking forward to continuing acting in 2020. We hope he has a speedy and steady recovery!

Previous article
Police drags away Russian actress Lydia Velezheva from the Flight as she Misbehaves with her Fellow Passengers, Calling them ‘plebs’
Next article
A ‘Friends’ pop-up is coming to Boston next month: Where fans can take ‘Friends’ home; Read further to get the ticket details