See also  Ronda Rousey took a longer break from WWE than expected. What was the shocking reason behind it?
More
HomeEntertainmentKevin Hart nailed the Halloween with his Dwayne The Rock glimpse; The...

Kevin Hart nailed the Halloween with his Dwayne The Rock glimpse; The 90’s outfit tricked Dwayne as a treat!!!

Kevin Hart lampoons Dwayne Johnson’s fanny pack photo for Halloween. He’d been recovering from an auto accident early in September but he showed up the Halloween day dressing up as his BFF Dwayne “the Rock” Johnson. 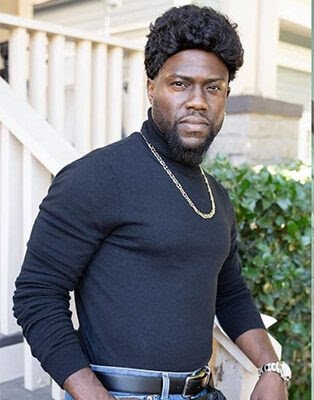 He wore the famous 90’s look of Johnson in a black high neck t-shirt setting with a gold chain, jeans and fanny pack. To add on some more style he completed the outfit wearing a curly wig with sunglasses hung across his hip.

He trolled his Halloween looks in his latest Instagram post. He uploaded a comparing photo of him versus Dwayne in a similar outfit and looks, captioning “This s**t makes me laugh” with hashtags of #nailedit#happyhalloween#peepthenapkinundermyelbow.

He also posted a video during the time he showed up at the doorstep of Johnson’s house just after some adorable kids visited his house. The kids rang the doorbell of Johnson imitating different Jumanji characters as Spencer played by Johnson, Fidge by Hart, and Bethany by Jack Black and Martha by Karen Gillan. Out of great contentment, Johnsons gives all the kids king-sized candy bars. Within no time Kevin too reaches for the doorbell while Johnson is delightfully shocked to see Kevin’s appearance.

I killed it with my Halloween costume this year…. @therock had the nerve to get an attitude with me. 😂😂😂😂😂 We are dropping a brand new trailer for Jumanji The Next Level tomorrow. Stay tuned!!!!!!

He also used the post as a part of the promotion of his upcoming brand new trailer of Jumanji: The next level, whose parts were filmed in Atlanta as per the information.

As the costar, Dwayne praises the hard work of Kevin in giving him a memorable treat; he posted a Thank You note on his Instagram post teasing that Kevin came back from his injury to stick him with that dirty, rotten, heartless blow.

The Jumanji star, Kevin battled a hard spine injury that could have killed him. On his great achievement of recovering fast, he shared on message writing about his perspectives that had changed him ever since he faced the consequences of the accident and that now he sees life from a different whole new angle of perception and admires the importance of his life.

See also  Ronda Rousey took a longer break from WWE than expected. What was the shocking reason behind it?