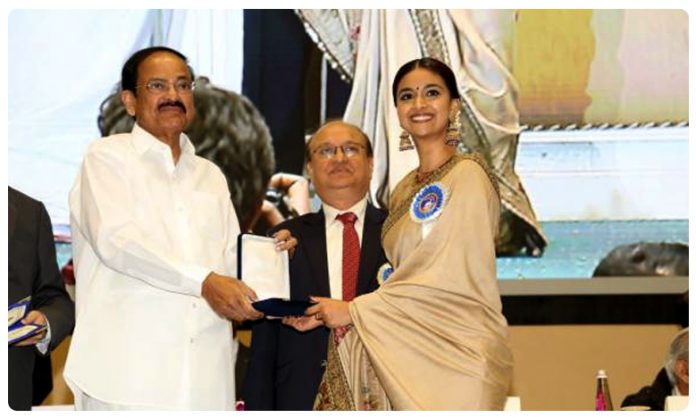 The Telegu actress, Keerthy Suresh won the national award for the best actress in the movie, Mahanti.

Keerthy Suresh is a famous Indian film actress. The 66th National Film Awards, 2019 was held on Monday at Vigyan Bhawan in New Delhi. The winners of the award were presented by the vice president of India, Venkaiah Naidu. The Bollywood actors who were honored are Amitabh Bachchan for Dada Saheb Phalke Award, Akshay Kumar for best film on social issues-Padman, Ayushmann Khurana and Vicky Kaushal as best actors for Andhadhun and Uri: The surgical strike respectively, etc. 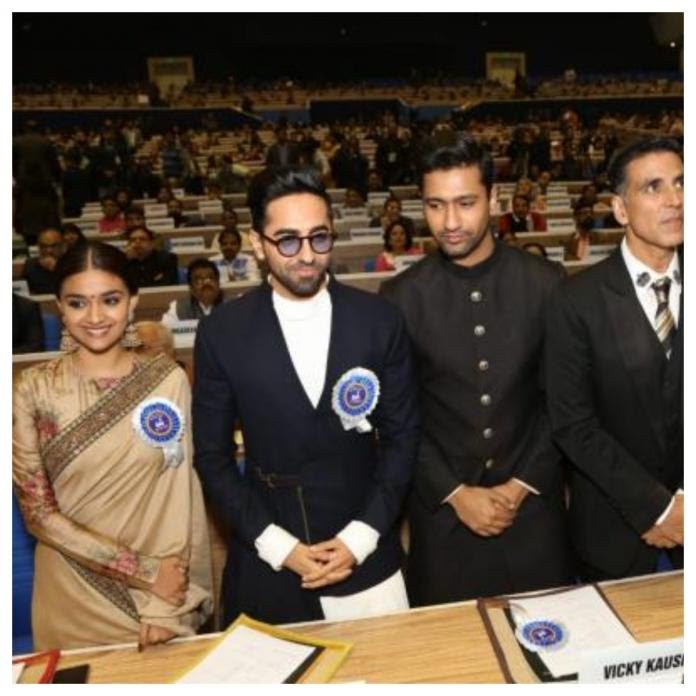 Keerthy Suresh, the 27-year-old actress won the best actress award for her role as Savithri in the Telegu movie, Mahanti. It is a biopic movie directed by Nag Ashwin depicting the life of the great Indian actress, Savithri who later on succumbed to alcoholism and fell down in her career. It also received the award for best film as well.

Fans showering her with love

After receiving the award, she also expressed her happiness by dedicating the award to her mother. She also posted a note on Twitter when the news for the recipient was revealed in August. She stated that she would like to thank each and all the members of the media and press fraternity because they have been the first ones to state publicly that the film,’Mahanti’ will get its due honors with their best reviews and unconditional appreciations.

The actress also received many good reviews and appreciations from her fans in addition to her fellow actors. Her social media is flooded with wishes for her. Many people congratulated her stating that the moment is proud of her as well as her fans. Her receiving the award was posted on her account by many fans.

Previous article
Lil Wayne’s Christmas Spirit Fades as Authorities Find Drugs and Firearms in his Private Jet.
Next article
Justin Bieber is cheering up this Christmas by flaunting his new sweater on Instagram. Read on to know more.