Katie Holmes has never failed to stun her audience, be it with her acting in Wonder Boys, The Gift, and Dawson’s Creek or her fashion sense on the red carpet. She has always won over her audience with her glam looks, serving as a muse for all the fashion enthusiasts out there.

40-year-old Katie has served as the confidant of Zac Posen over the years. And her appearance at the Nordstrom’s NYC flagship launch party clearly proves why. The actress turned up for the party in a classic little black dress and reminded everyone of her reputation as a style icon.

On Tuesday, 22nd of October, Nordstorm had an opening party of its new flagship store in New York City. Obviously, Katie was one of the guests who looked absolutely chic in a little black dress.

Katie wore a black satin mini dress that featured long sleeves, padded shoulders, and an asymmetrical hem. The sexy little dress was ruched at the hips and had black buttons running down the side. The actress had no match at all as she posed for pictures at the party.

Katie Holmes paired her pretty black dress with some black polka dotted pantyhose and a pair of high heeled black suede pumps to complete the look. To add an edge to the look, Katie also carried a petite black leather coin purse, which featured a gold clasp and chain. 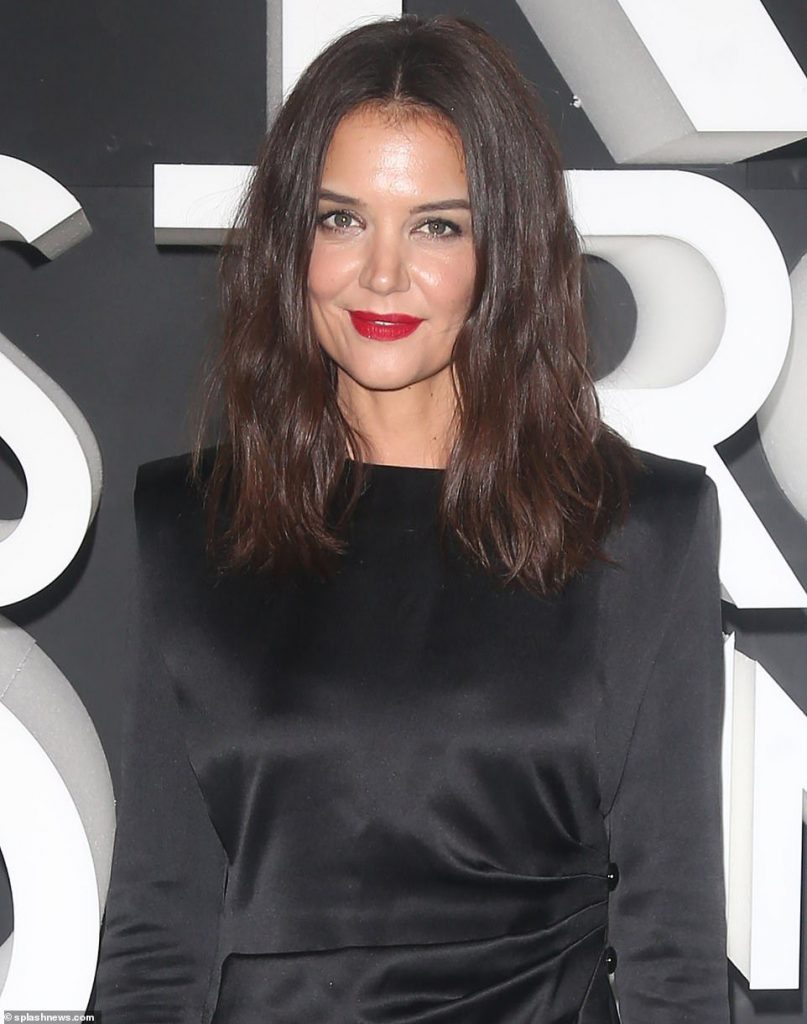 With the on-point dress up, Katie sported a middle partitioned wavy hairstyle. As for makeup, she framed a glistening glam look with bold red lips and lightly shaded eyes.