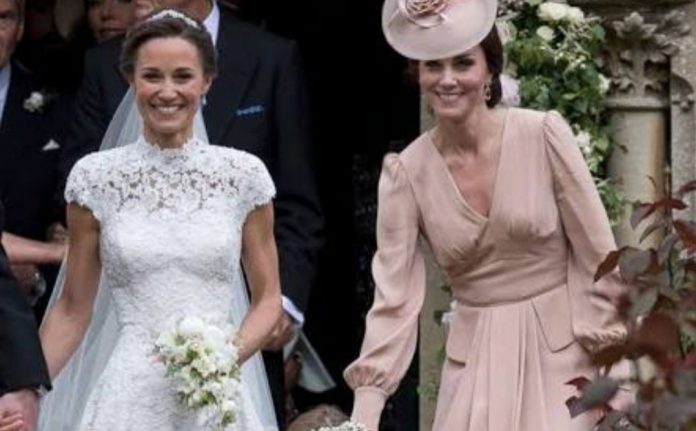 Kate Middleton’s little sister Pippa Middleton made a rare appearance at the inauguration of clean liquor, which belongs to Spencer Matthews!

She wore a red Co-ord which suited her more than anything else! She was gleaming and looked so effortlessly stunning! She wore navy blue heels which we think her Kate loves!  Kate has been spotted on various occasions wearing the navy blue heels. She also wore blue earrings, a golden watch and carried a blue purse. Her co-ord included blouse on the top and cigarette pants on the bottom. She looked gorgeous with her hair open.

The clean Liquor company is the drinks created by the Spencers as “clean gin”. According to him, 31 clean gin would produce the effect together that a normal gin would have. Spencer was very excited about the launch of a clean liquor Company and felt that his dreams have finally come true! He felt very proud and his humbled by the wishes of his well-wishers. The company provides low or no alcohol drinks.

Pippa Middleton,36  started gaining the media’s attention when she appeared as a maid of honor in Kate Middleton’s wedding. She is an author. She also has a one-year-old son.

Previous article
Looks like nothing can stop 50 Cents; Takes trolling to Twitter after his Instagram account gets deactivated!
Next article
The Bachelor’s Colton Underwood And Cassie Randolph Celebrate One Year Anniversary! Colton Planning On Taking Cassie To Surprise Getaway For The Occasion!