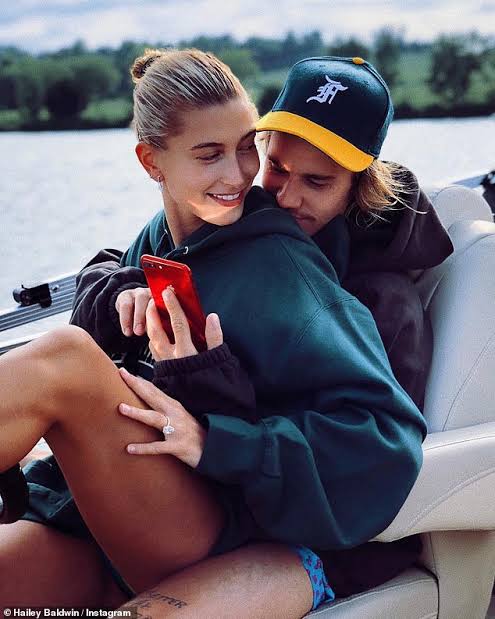 Lovebirds Justin Bieber and Hailey Baldwin finally decide to tie the knot once again in front of all (friends and family). This Monday the couple is going to celebrate their marriage in a proper wedding ceremony in South Carolina. Justin and Hailey got married last year in September at a courthouse in New York.

This Saturday, Justin and Hailey were spotted in Los Angeles, taking a private jet most probably en route to South Carolina. Justin posted a picture of a jet on his Instagram with the caption, “Daaaaa bears (sic),” but did not hint anything about the destination. 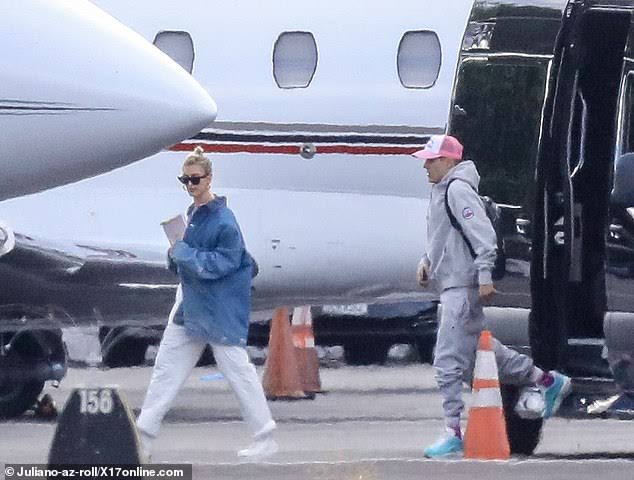 The couple was seen stepping out of a limo bus, both in comfy attires ideal for travel. Justin sported an oversize grey hoodie with matching track pants, paired with a pair of aqua blue sneakers and a pink trucker’s cap. He also carried a black backpack along.

Hailey also looked equally relaxed in an oversized denim jacket over a white halter top with light grey sweat pants and white trainers. She tied her blonde tresses into a bun and accessorized with a pair of black shades and silver hoop earrings. Hailey also carried stuff for some light reading suitable for a five and a half-hour-long flight. Their counselor accompanied Hailey and Justin as they took the flight.

Justin and Hailey have planned to host their wedding reception at the ritzy Montage Palmetto Bluff resort in South Carolina. The couple had put their wedding celebrations on hold last year owing to Justin’s battle with mental illness.

Justin and Hailey had met ten years ago in 2009 as preteens, introduced to each other by Hailey’s father, Steven Baldwin. But it was in 2016 that their romance surfaced in public when both took the trip together to Anguilla.

What made things more romantic was the picture shared by Justin on Instagram, looks like they were destined to be together.

My wife and I 🙂 where it all began

NASA shares the visualization of Black Hole! A new step towards unraveling the Universe.
Fans eagerly waiting for Demon Slayer (Kimetsu no Yaiba) season 2, an anime with unforgettable impact!