Justin Bieber Cannot Get Enough Of His Wife And Is Packing On The PDA On Social Media!

It seems like Justin Bieber is all about that extra PDA and is all love for his wife Hailey Baldwin! The Sorry hitmaker recently uploaded a bold picture of his wife like a proud husband!

Justin Bieber recently uploaded a picture of Hailey Baldwin rocking a bright pink string bikini with a series of heart emojis. Fans were all awestruck as the model gave us some major fitness goals and while some are already thinking to get hold of the bikini set!

The two tied the knot a while ago and have been packing on the PDA since then! The two were all cozy and mushy in the music video Stuck With You where Justin Bieber collaborates with Ariana Grande. The Baby hitmaker recently opened up about married life in the Ellen Degeneres show as well. 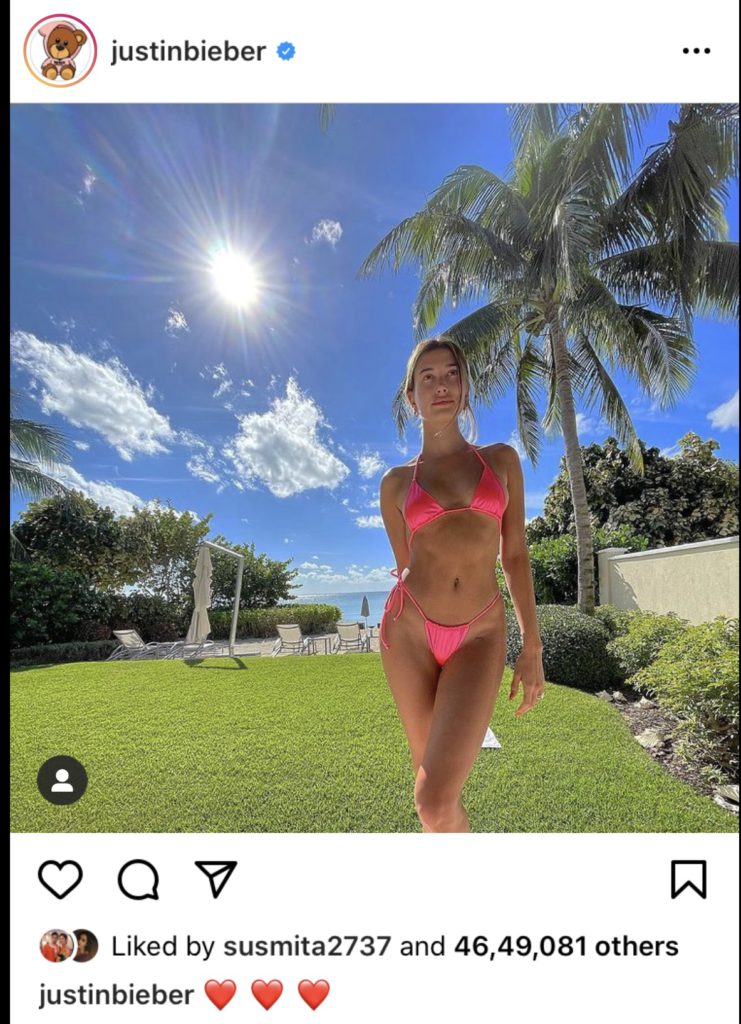 The Two Have Been Packing On The PDA On Social Media!

Justin Bieber swooned over his wife as she looks absolutely stunning in the pink bikini while Bieber uploads some pictures on his status story. The two looked cozy and game us some major beach vibes as well! Recently, Justin Bieber defended Hailey when a fan suggested that they should bully her as they support Jelena! The singer soon defended his wife and asked everyone to not display such hate.

Moreover, Justin Bieber penned down a heartfelt birthday post for his wife and ladylove Hailey Baldwin on her 24th birthday in November and packed on the PDA with mushy lines of love and loads of romance! The actor recently revealed that Hailey is a great cook and has been cooking up some scrumptious meal as well!