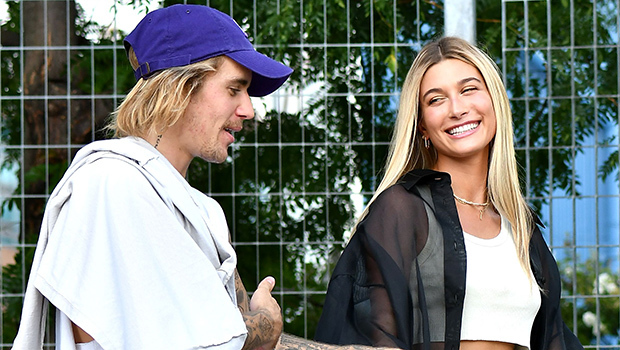 The sensational couple, Justin Bieber and Hailey Bieber, are all into the headlines. The duo is seen making love in the streets of Tokyo, Japan. Hailey Bieber is in the town for work related to the famous cosmetic brand, bareMinerals. Husband Justin Bieber decided to accompany his wife during this trip.

The couple was spotted on the streets of Tokyo wearing black masks on their face by the people of Tokyo. Both Hailey and Justin took to Instagram and posted pictures of their love in Tokyo. Hailey posted a picture of them kissing between the streets of the city.

Not only, Hailey, but Justin also posted a picture of them on the same day where both can be seen in a car, and Hailey snuggled up. The caption read, “Go best friend, that’s my best friend.” Where Justin’s eyebrow piercing and his T-shirt with a smiley by Drew House can be seen, what catches our attention is the diamond-studded ‘Bieber’ choker worn by Hailey.

Justin had revealed this neck-piece in a post on Instagram captioned, “I love you so much.”  On July 8 the couple completed first dating anniversary. To celebrate this, Hailey had posted a picture of them on Instagram.

I love you so much

The couple is in madly love with each other and can be frequently seen showing affection publicly on social media. Last month, both were on a trip to Disneyland when Justin posted a picture of them from the land of Disney. The caption read, “Love dates with you baby.. one day I’ll be doing daddy-daughter dates….. not hinting at anything soon I’m not in a rush. I just wanna enjoy you by yourself for a while! #Disneyworld”

Love dates with you baby.. one day Ill be doing daddy daughter dates….. not hinting at anything soon I’m not in a rush. i just wanna enjoy you by yourself for a while! #Disneyworld

Mr. and Mrs. Bieber is very close to celebrating their first wedding anniversary next month. Hailey Baldwin had walked down the aisle for the ‘Sorry’ singer on 13th September 2018. The wedding ceremony was held in New York. As the date of the anniversary gets closer, the fans cannot wait to see how the celebrations will go around.

Curtis and Maura thinking about Marriage? Maura wants to take her relationship with Curtis to the next level!!
Ecosmith’s drummer Sierota , apologies Alabama!
Comment