The controversy between Johnny Depp and Amber Heard takes a new controversial angle. Johnny Depp claims that his ex-wife tried to blackmail him with a photo of him allegedly smoking drugs from a glass pipe. The legal battle started when the ‘Aquaman’ beauty expressed her feelings in the Washington Post, saying that she was a victim of domestic abuse.

The ‘Pirates of the Caribbean’ star filed a $50 million defamation suit against Amber in March 2018. Amber Heard’s new lawyer Roberta Kaplan approached Depp’s lawyers and associates. Depp’s lawyers admitted that they were shown alleged photographs. Photographs in which Depp appears to be smoking drugs from a glass pipe were shown.

They also came across photos in which those illegal drugs were seen inside Depp’s house. The glass pipe photo shows Depp lightning the glass pipe. These photographs are said to be clicked when Heard and Amber were still a couple. According to sources, the deal offered to Depp’s lawyers was that he would drop the defamation charges and keep the evidence secret or otherwise they will show these photographs to the judge.

What happened in the courtroom:

Heard’s lawyer showed the photographs to the judge. She stated that it was to remain entirely private and she only showed it to the judge and will not reveal it to any press nor on the Internet. Depp’s judge said that these photographs shown are only to make them drop their motion and do not relate to Ms. Heard. 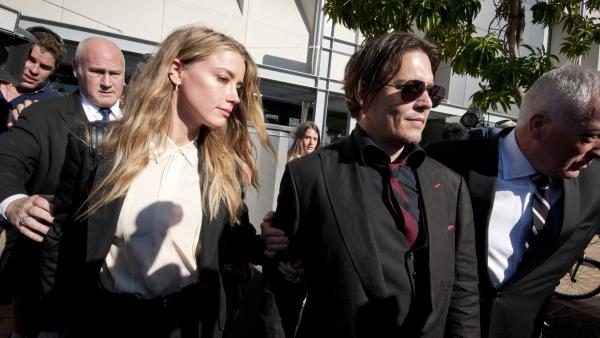 It refers only to Depp. Depp’s lawyer Adam Waldman also said that the opposite hiding the allegation of abuse and blackmail. Now, it will be interesting to see what results does the remaining court sessions produce.