More
HomeEntertainmentJoe Jonas And Sophie Turner are adorable! Check Out the Couple Moments...

Joe Jonas And Sophie Turner are adorable! Check Out the Couple Moments that Turner Shared with Fans. 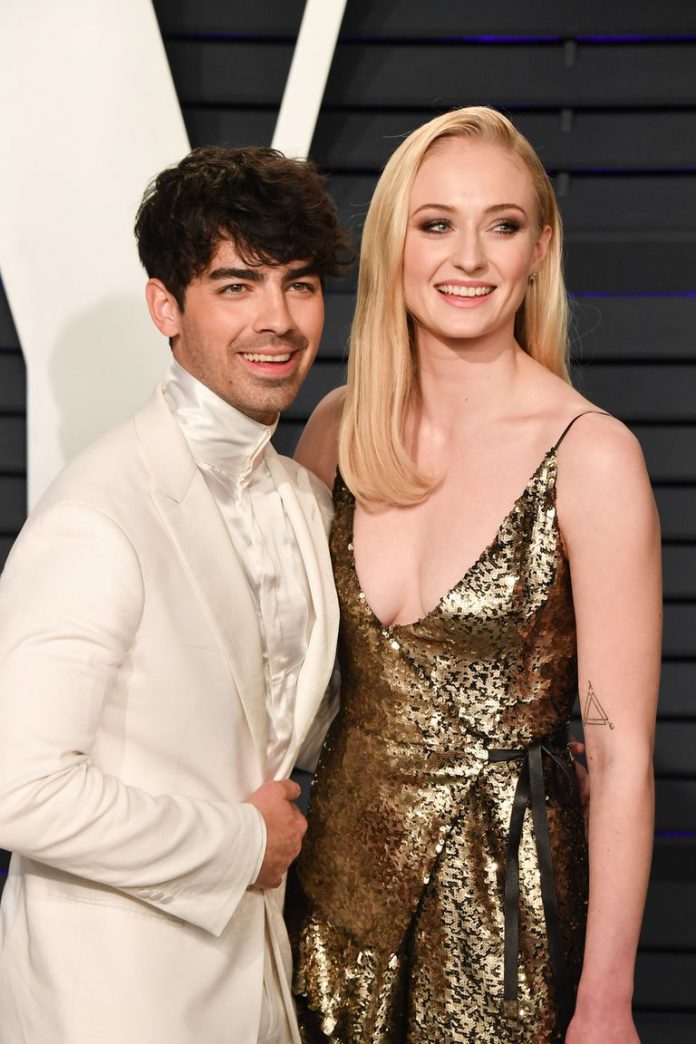 Sophie Turner, well she is the one who can’t be gone unnoticed, if you Hollywood or global web series you ought to know who she is, Sansa Stark Queen of Winterfell, or Jean Grey, if you are familiar with the world of X Men. Well, a famous one found someone special for herself, Joe Jonas, American singer, songwriter, and actor. He rose to fame as a member of the pop-rock band the Jonas Brother, alongside his brother Kevin and nick.

Sophie Turner met Joe Jonas in a dive bar in October 2016 and they never turned back. One year later he proposed her, the duo had never turned back since then. They went public in 2017 and got married in 2019. So here they are near their first wedding anniversary. So has their life changed much, being into a commitment, a sense of responsibility?

Turner told that honestly, nothing has changed much between the couple. But yes the only sense that rushes Turners thought is an incredible sense of security. The word husband and the word wife_ its just solidifies the relationship, Said the star. She even talked about planning a family in future, and many more Family experiences are still on her wish list, but at the present clock, this is just about a sense of security and safety.

Turner remains completely enamored with Jonas. She said with Jonas she always feels complete, she found him handsome, talented, funny, charismatic. She really feels lucky to have him in her life and loves to spend time with him.

Talking about her preconception about Jonas, Sophie said that she initially hated Jonas brother, for covering the song she and her friends liked most, making track huge but theirs which she didn’t like. Nevertheless. Here are they, liquefied in each other.