Jermaine Alexander, who had multiple charges against him in the Columbus Police Department, was arrested on the 10th of December.

When and how did the incident take place? 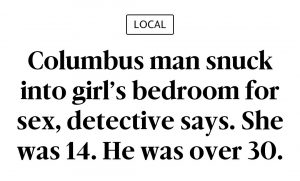 The incident took place on December 18, 2017. A Columbus man of 30 years old, Jermaine Alexander, disguised himself as a 17-year-old boy in order to have sex with the victim, who was a 14-year-old girl. They first met on Instagram, and the victim knew the accused only by his first name. The victim believed the accused to be only 17, but it was her father who identified that they went to school together and was in his 30’s.

How the Accused was caught?

After the incident, the victim pulled the accused out of a lineup. Mark Scruggs, the detective in charge of the case, issues various charges against him. The members of the Columbus Police Department spend months searching for Alexander through their Special Victims Unit. He was almost arrested on June 12, 2018, but he escaped somehow.
On August 8, 2018, the Columbus Police Unit requested help from the U.S. Marshall Office. He was finally captured on December 9, 2019, with the help of an anonymous tip to the CPD. On December 10, 2019, he was arrested and taken into custody. He made his first appearance on Recorder’s Court on 13th December.

Previous article
Harvey Weinstein Trapped!! $25 million settlement money might not be helpful!! Emily showed the anger..
Next article
The mother of 6-year-old is in critical condition after she was brutally stabbed!