Jennifer Lawrence & Cooke Maroney are rejuvenating there relationship after marriage?? Dating game is still on to keep it fresh and exciting!!

After their marriage, Jennifer Lawrence and Cooke Maroney were recently spotted at New York City on Super Bowl Sunday. Both of them looked pretty happy with each other. It seemed just as if they were made for each other. 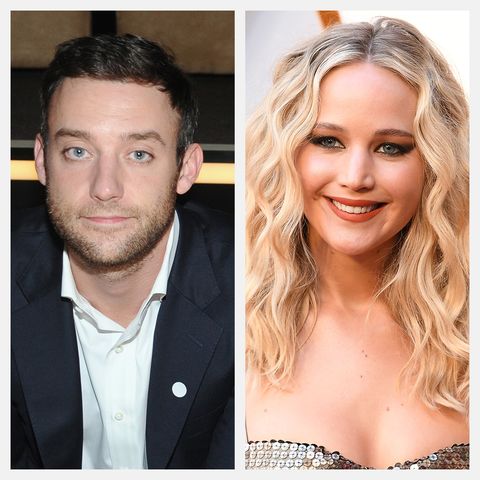 On Super Bowl, Sunday, Jennifer Lawrence and her husband Cooke Maroney The couple chose to have a low-key dinner. Spies report that the Oscar-winning actress, 29, and the art gallerist, 34,  were seen enjoying an evening at Strip House Downtown, opting for steaks with sides of fries while sipping on hot toddies — where they were expected to have wings and beer as many other Americans do.
After their marriage, the duo has seemed to be maintaining low profiles. The couple had tied the knot at Rhode Island on October 19, 2019. Plenty of celebrities were seen to bless the couple. Some of them were Emma Stone, Kris Jenner, Adele, Amy Schumer, Ashley Olsen, David O. Russel, and Sienna Miller. The couple also had held an engagement function at Brooklyn’s River on May 11. Cooke Maroney is currently working as the director of New York city’s Gladstone Art Gallery. The duo had met each other through a mutual friend Laura Simpson, and both had managed to be very private about their relationship.
The couple, Lawrence and Maroney have been spotted only a couple of times in the Big Apple, following their honeymoon. Once it was, at an afterparty for David Byrne’s show “American Utopia ” in November. Amy Schumer and “Fleabag” star Phoebe Waller-Bridge also joined Lawrence at Jimmy’s Corner to have beers and good times. Lawrence and Maroney seem to be a strong couple who understand each other and who respect each other. Let us wish the couple a very happy and prosperous married life.