Jennifer Lawrence and Cooke Maroney have finally said “I do” !!! See pics and get all the details about the star studded wedding 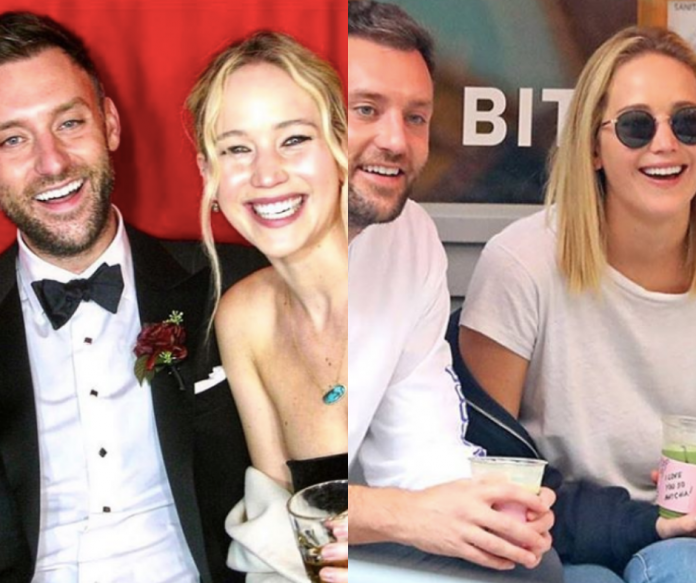 The made-for-each-other love birds Jennifer Lawrence and Cooke Maroney, finally said ‘I do’ in a private ceremony at Rhode Island on Saturday evening. And held a wedding reception after that.

The 29-year-old actress Jennifer Lawrence walked down the aisle in the Dior white gown and exchanged vows with Cooke Maroney, a 34-year-old art gallerist.

The wedding took place at Belcourt of Newport, a luxurious mansion in Rhode Island. It was designed in 1894 by American architect Richard Morris Hunt. The mansion is also be considered as haunted.

The A-list guests who glorify the wedding with their presence were, Cameron Diaz, Ashley Olsen, Kris Jenner, Emma Stone, Adele, Sienna Miller, Amy Schumer, Joel Madden, and other starry faces were presented to bless the couple.

However, the total guests were invited were 150. Their rehearsal dinner took place on Friday with guests and family.

The wedding dinner was as magnificent as the wedding, including sweet potato flat cakes, cod beignet, Brussels sprout with egg yolk, roasted fish, and all the deliciously scrumptious food items including chocolate bread pudding.

The Oscar winner actress and his boyfriend which were seen together since 2018, engaged in February, and finally revealing in September that they are all set to marry each other. Jennifer was always opened about her relationship with Maroney and finds him the one-and-only who is made for her.

Earlier, Lawrence said about his finance, turned husband, that he is the greatest human being she ever met. And also that Maroney is her best friend since she knew him.

‘I want to legally bind him to the forever’. Said, Jennifer, when asked about her fiance. She also revealed that they always have a mutual feeling of getting married to each other.

Previous article
Glamorous couple Natalie Portman and Benjamin Millepied gives their rare second public appearance on Red Carpet at Dance Project Gala 2019
Next article
Chris Evans is a big fan of Rick and Morty; Looks like the actor is counting days and can’t wait for the series return!!!