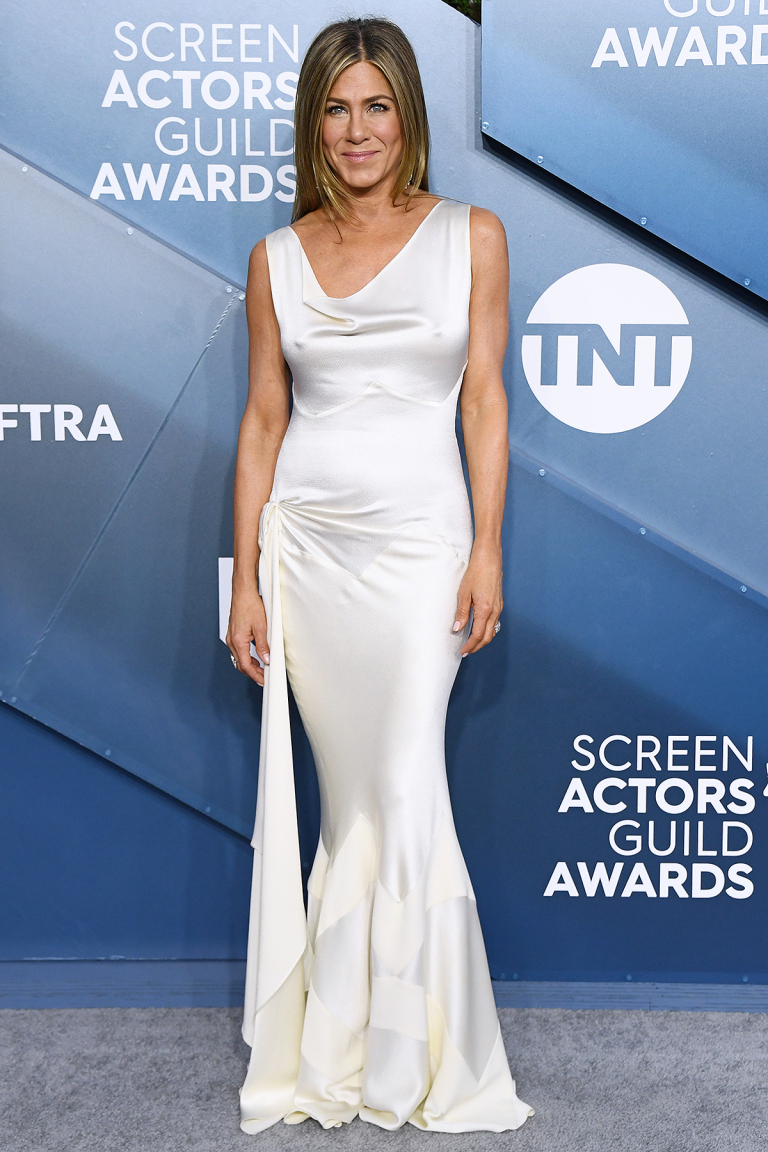 It seems like Friends star Jennifer Aniston has made a new friend and she is already in love with this newest member of her life! Who is this new mysterious guest in her life? Well, we are just about to find out!

Thank you to all the brilliant and beautiful women in my life who sent the most uplifting messages today. Truth be told, I don’t really understand this #challengeaccepted thing…but who doesn't love good reason to support women!  Soooo…. challenge accepted! ⠀ ⠀ And while I have you here, maybe the best way we can support other women is to REGISTER TO VOTE for the issues that affect women. Encourage all your friends, girlfriends, sisters, moms, daughters to do the same. The election is right around the corner, and we need to look out for each other AND love each other! 👩🏽‍🤝‍👩🏻👩🏻‍🤝‍👩🏼👭🏽👩🏿‍🤝‍👩🏼❤️

Jennifer Aniston has welcomed a furry new companion into her life and named his Lord Chesterfield. Let’s just say this little blob of happiness is already winning over the Internet and he sure is way too cute for social media!

The Morning Show actress adopted him from a Los Angeles rescue home. She also posted a short video clip of the adorable little puppy sleeping and write a heartfelt caption saying that he managed to steal her heart immediately. Here’s the extremely heartwarming video of Lord Chesterfield sleeping and let’s just say it is giving us major puppy fever! Don’t miss out on the chewy toy that might be Chesterfield’s favourite toy already!

👋🏼 Hi! I’d like to introduce to you the newest member of our 🐾 family….this is (a very tired) Lord Chesterfield ❤️. He stole my heart immediately. A HUGE thank you to @wagmorpets for the incredible work you do. Grateful you take such great care of these rescues and find them their forever homes🙏🏼

The Morning Show Actress Is A Doting Dog Parent!

It is not only the fans who are in awe of all this cuteness but even Stranger Things star Millie Bobby Brown also posted a few love emoticons in the comment section. Tennis star Maria Sharapova also wrote that it sure is love at first sight.

Last night. My little women. Supported me all night. (Had enough room for them and then some under that gown 🥳) Thank you @Dior for this stunning piece of art 🖤

Jennifer Aniston is a dog lover and is already a doting dog parent to two other dogs including Clyde, her Schnauzer mix, along with adorable Sophie, her white pit bull. The Friends star has often posted adorable pictures with her other two furry companions. Lord Chesterfield is the newest addition into the family and we are going to see more of him on social media!

Fans Were Left Shocked After Offset Joined Cardi B For Her 28th Birthday Amidst Divorce Rumours! Check out what happened.
Rapper Fabolous and Emily Bustamante recently became Proud Parents To Adorable Baby Gir!