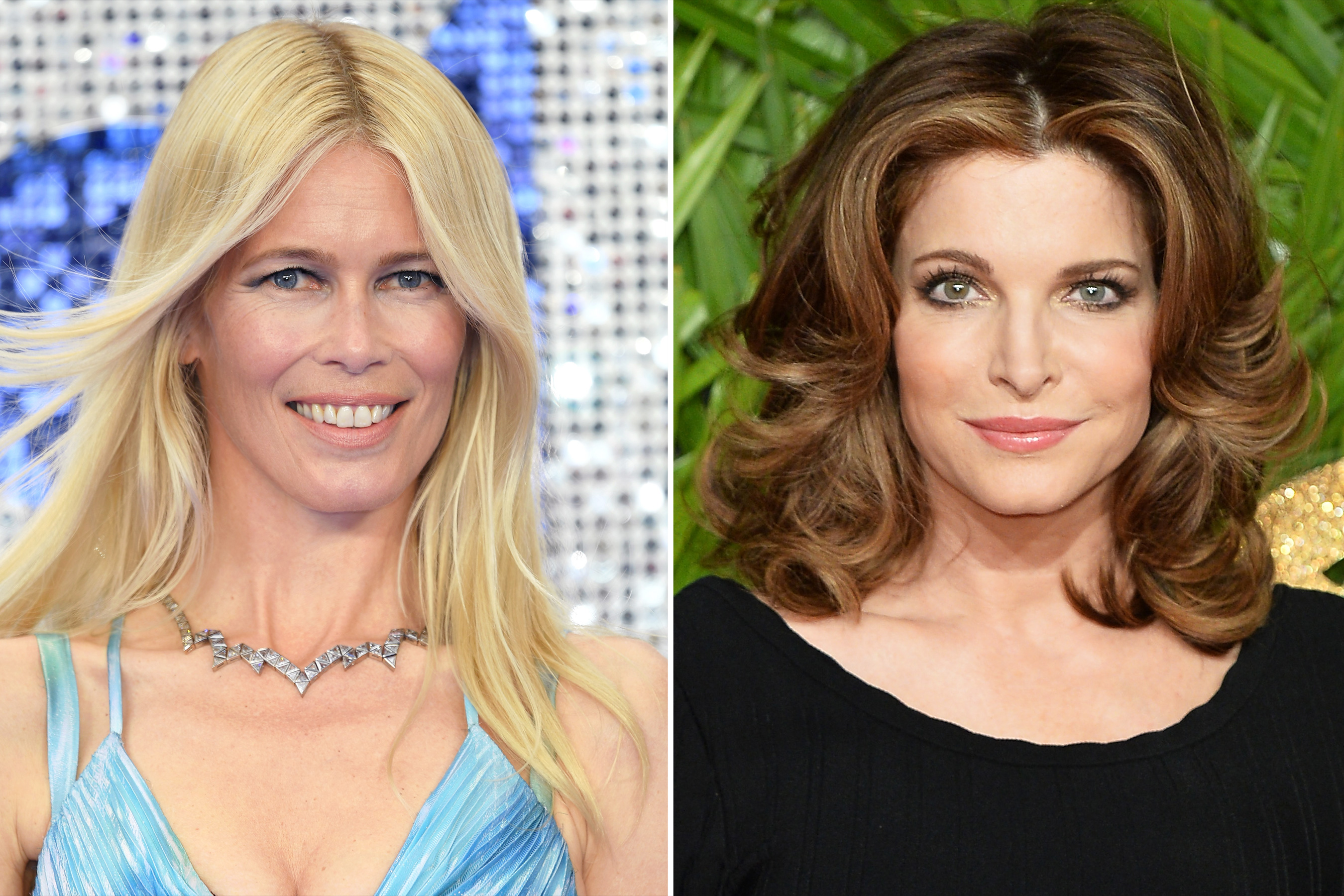 Vogue Italia’s new August issue is out with Claudia Schiffer, 48, and Stephanie Seymour, 51, on its cover page. The cover page of the magazine appears flaming hot as both the models went (almost) nude for the shoot. There are two pictures of both models. In one picture In one of her photographs, Schiffer has posed completely nude, holding a clutch and pair of neon heels in a way as to cover her organs. And in other picture, she is seen wearing a solid black blazer, in which she is probably wearing a sans underwear or bra.

In one of Seymour’s picture, Seymour has posed completely nude, wearing only a necklace and belt. And the camera is placed strategically to cover her nether region. In another image of hers, Seymour is wearing a bright green fur top or jacket with black dotted tights.

The shoot is a tribute to the renowned photographer Helmut Newton, who was known for capturing self-portraits. This puts the women in charge of their own body.

Photographer Collier Schorr supervises the shoot. The shoot encourages female empowerment and also tributes to ‘female gaze.’ In all the pictures, there is a camera present in the frame along with the models. The models are not the only subject but also photographers and this, in Schorr’s view, puts power back to the models.

The photoshoot is a comeback for both models. Schiffer returns to magazine covers after 25 years, while Seymour returns after 32 years. Schiffer last posed for Ba&sh’s spring campaign in 2017 and Seymour also last posed nude for Love magazine in 2017. Seymour was also in headlines during 2016 for her “bitches of the moment” remark regarding Jenner and Hadid.