James Charles And Millie Bobby Brown Are Frenemies, Well Check Out Why Is This So? 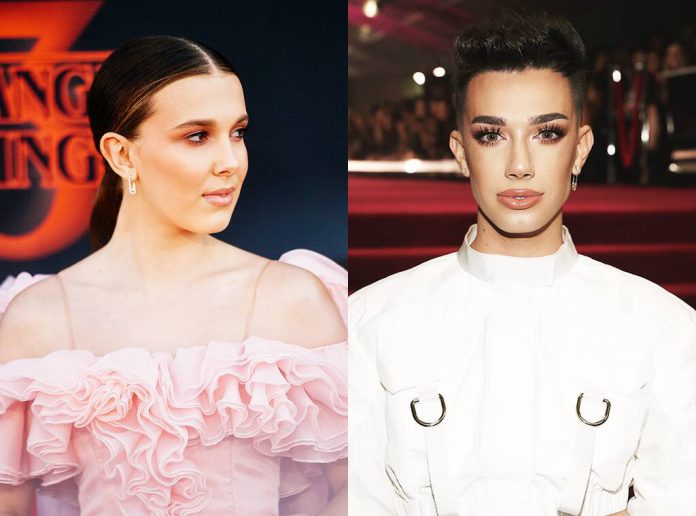 Let me ask a question to Marvel universe fans, which movie do you like, well, some will say, iron man, some will say Captain America. But when it comes to avengers no one denies that this collaboration of stars is the greatest gift marvel has given to its fans. In the world of internet, collaboration is the something which fans usually appreciate and this fact is no new for the Celebs. 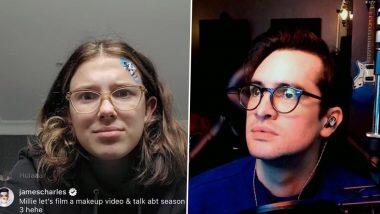 What Exactly The Matter Is?

Youtube star James Charles is the king if collabs. He id a makeup artist and is famous for his beauty tricks and collabs with various big stars. Millie Bobby Brown is a superstar, The Stranger Thing Famed actress is no new to the industry she has made her significant place and friends in the industry and one of them is James. James wants to collaborate with the star and thus when the star went live on Instagram last month, James decided to watch and make a request to Millie. Well, reacting to this, Millie didn’t make an affirmative move, she made a weird face which definitely tells that she is not very fond of the idea. The fans took the point and made a point of discussion, saying that Millie rejected James offer and completes the scene.

Well, the two are friends and no one can deny this fact, recently James in one of his video told his fans that how he advises the celebs on beauty tip and tricks. Millie received a message from James and decided to respond. James asked her if she would like to know which blush he would recommend her to use. To which, she replied positively. Well, none of the stars has commented on the chaos created but we expect them to react logically and wisely, which I believe that they will.