Third Man Records will release the acoustic Billie Eilish live album next month in December. Third Man records shared some pictures from the event on Instagram with the caption, “Thank you @billieeilish and @finneas for the amazing intimate show in the Blue Room tonight. Fans, this was recorded direct-to-acetate and will be available on LP via #ThirdManRecords retail locations only (Nashville and Detroit) next month. Stay tuned…#billieeilish”.

“This is my favorite place to play in the world.” A more-fitting sentiment we cannot conjure and is the perfect stage banter quote from Jack White to introduce the triple-LP live recording culling the best of the best from The Raconteurs recent three night stand at the legendary Cain’s Ballroom in Tulsa, Oklahoma from October 2019. The fitting companion piece to this explosive 3xLP is the intimate performance of Raconteurs’ dual frontmen Brendan Benson and Jack White performing as a duo on July 9th 2019. Shot at Third Man Records Cass Corridor storefront on White’s 44th birthday. Third Man Records is proud to present our 43rd #Vault package, THE RACONTEURS LIVE IN TULSA. Subscribe now through January 31st 2020 at TMR Storefronts or online via bio link! #thirdmanrecords #thirdmanvault

The 17-year-old singer played 11 songs at the invite-only event which includes ‘Bad Guy’, ‘Bury a Friend’, ‘Ocean Eye’ and ‘I Love You’. Eilish performed selections from her debut album , When We All Fall Asleep, Where do We Go?, which released in March and was recently certified double platinum. Her brother and chief-collaborator accompanied her on acoustic guitar. 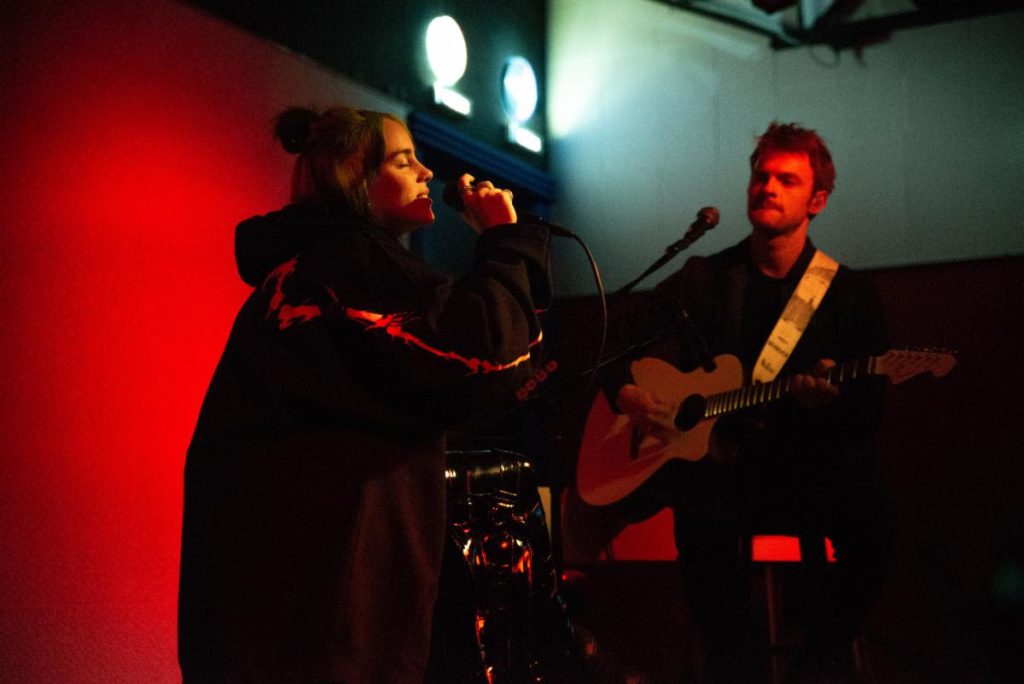 White introduced Eilish with the words “someone we really love, and we think is really innovative and inspiring.” Before playing her last song of the night “When The Party’s Over”, Eilish praised White for “inspiring a whole generation of people to do what they want.” White joins a growing squad of aging rock men who have endorsed Eilish during her breakout year.

Eilish’s live album will be exclusively available on vinyl at Third Man retail locations in Nashville and Detroit. There will be a limited edition black & blue version for attendees only, featuring unique artwork created by Billie Eilish during her evening spent at Third Man headquarters.

The ‘Bad Guy’ singer is famous for her blue hair and baggy style clothes. “Bad Guy” was the fifth single from Eilish’s depute album and reached number one on the US Billboard Hot 100, as well as on various other charts. The song is considered as a benchmark of the singer’s music career as she soared great heights after that. later a remix version of the smash hit ‘Bad Guy’ was released that featured Justin Bieber.