An Amazon original series Jack Ryan is set to come back with its season 3. Here is everything you need to know about Jack Ryan Season 3, cast, release date, plot, and trailer.

The famous creator of Fox’s prison break, Paul Scheuring, can enter the development of Jack Ryan as the new showrunner because the old showrunner Carlton Cuse stepped down from his showrunner duties in March.

Jack Ryan is a king of thriller series that made its first debut on Amazon Prime Video on August 31, 2018. And as soon as the viewers become fans of this series, Amazon brought forward the second season that premiered on October 31, 2019. And undoubtedly, fans are waiting for its season 3.

But an official announcement made by Amazon provided happiness to Jack Ryan’s lover. John Krasinski is back as Jack Ryan one more time. 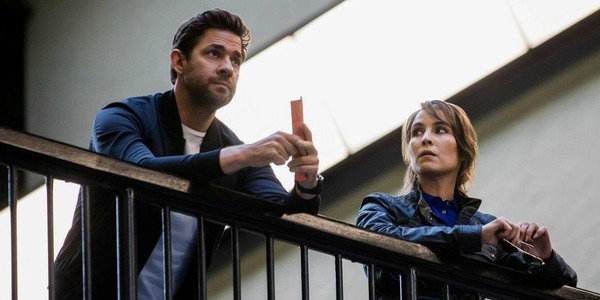 Who is there is the cast list of Jack Ryan Season 3?

John Krasinski has confirmed his return as Jack Ryan for season 3. No official information has been made yet for the other cast. However, few stars can feature in the upcoming Season 3 including, Noomi Rapace, Abbie Cornish, Jovan Adepo, Francisco Denis, Michael Kelly, Cristina Umana, Wendell Pierce, and Jordi Molla.

When will Jack Ryan Season 3 release?

No official date has been sent out. But if we consider the time difference between Season One and Season Two, then it is possible to have season 3 soon on prime Video.

Season one was released in August 2018, and season two landed in October 2019, but somehow because of this unpredictable situation created by COVID-19, it may delay from 2020 to 2021.

Fans are waiting expectantly for Jack Ryan to embark on a new adventure. We can hope for the best to happen.