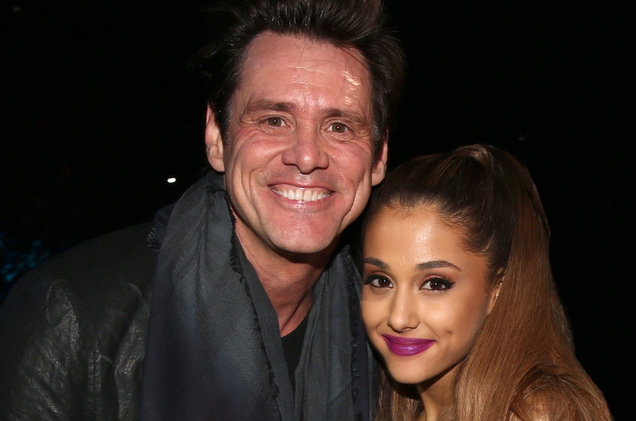 In a dream come true situation, Ariana Grande has revealed her cameo in the show ‘Kidding.’ The actress told everybody about this in an Instagram post and couldn’t get happier about it. The show stars Jim Carrey who plays Jeff, also known as Mr. Pickles.

there aren’t words. ☁️☁️☁️☁️☁️☁️☁️i’ve been staring at my screen and no words do this moment justice. thankful for the most special experience of my life. nothing is crazier than getting to work with and spend time with someone whom you’ve idolized and adored since before you could speak. actually, what’s even crazier is discovering that person to be more special and warm and generous in person than you ever could’ve imagined. i get to make a tiny appearance on the hilarious and deeply moving show Kidding next season. this was a DREAM of an experience. thank you thank you thank you Jim and thank you Dave for having me. i have so much more to say but words actually can’t …. cover it.

She called this the most special experience of her life and was thankful about it. Her caption read, “ nothing is crazier than getting to work with and spend time with someone whom you’ve idolized and adored since before you could speak.” Ariana’s mother expressed her happiness by commenting that she is extremely moved and touched by this experience, on Ariana’s post.

For now, Ariana’s role in the cameo is unknown, but she can be seen having a pair of wings on her back. Jim Carrey is playing the lead role in the show. The show is created by Dave Holstein which is premiered on Showtime. It first aired on September 9, 2018.  After having worked on the film, Eternal Sunshine of the Spotless Mind, executive producer of show Michel Gondry and Jim Carrey have collaborated for a second time on this show.

Ariana Grande’s love for Jim Carrey is immense. She had earlier confessed that her first username on a messaging platform was ‘jimcarreyfan42’. She did this when she was in fourth grade. Not only this, she even got a quote tattooed from Carrey’s movie, ‘The Truman Show,’ which inspired her.

Furthermore, Ariana had shared one the sayings by Jim Carrey in a tweet. This was retweeted by Jim Carrey where he said how lovely it was of her to mention his quote.

.@ArianaGrande I read your lovely mention of me and things I’ve said about depression. A brilliant teacher and friend, Jeff Foster was OG on the “Deep Rest” concept. I admire your openness. I wish you freedom and peace. I feel blessed to have such a gifted admirer. Happy Easter! pic.twitter.com/BiMa6KHYb6

The 26-year old is in the news for another reason too. It is said that she might not attend MTV Video Music Awards as she is busy with other projects too. This is due to the Sweetener tour, which is to end on December 22, 2019, in California.

‘A Score to Settle’ : Did it really settle for the audience? Story unfolded in mysterious way?
Kim and Kory’s growing romance led to talks? Know What’s Going Inside!!!
Comment