Is that David And Lily’s official confirmation?? Looks like Disney Magic Kingdom has some Magic after-all!! 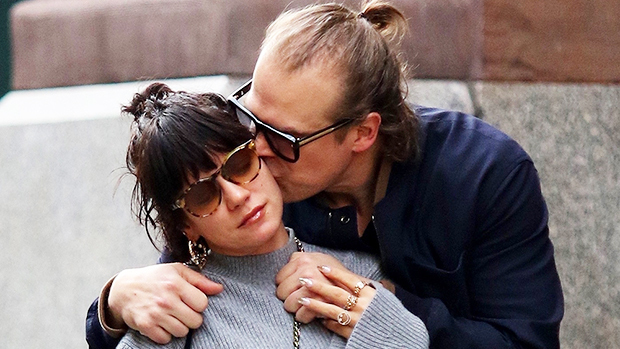 The couple has seen in New York and London managing every roadblock coming their way. Lily accompanied David to the Skin Cancer Foundation’s Champagne for Change gala at New York’s swanky Plaza Hotel. While they weren’t holding hands or giggling for the cameras, it’s clear this romance is blossoming.

So who was David Harbour and Lily Allen’s past relations?

They both have been single for some time and maybe ready for love. Lily, who has two daughters from her marriage to Sam Cooper, had been single since splitting from boyfriend of three years Meridian Dan, while David is believed to have broken from Fantastic Beasts actress Alison Sudol earlier this year.

On Monday, David made his relationship official on Instagram.

The prince, princess and the parking lot. That seven dwarves mine ride is the best one in the whole damn park. Go on, fight me. #magic #disney #rulebreakers

He shared his first-ever Instagram photo of the pair enjoying a day at Disney’s Magic Kingdom in Florida. Seemingly in the spirit of Halloween, which is just days away, the A-list couple wore costumes at the amusement park.

What was the look?

“The prince, princess, and the parking lot,” he captioned the mirror selfie of the pair, in which Allen’s face is turned away from the camera. “That seven dwarves mine ride is the best one in the whole damn park. Go on, fight me. #magic #disney #rulebreakers.” he further wrote.

This pic has come within a week of attending the Gala event in New york city. Allen wore a pink and purple princess dress, paired with pants and sneakers whereas Harbour had a mullet wig, sunglasses, and a blue and gold-colored cape, which channels the beast from Beauty and the Beast.

So far, the couple looks comfortable and contented with each other we wish them good wishes for the future.