The Marvel universe movies have gained a tremendous number of fans all around the world. No wonder the latest marvel movie – End game was the highest-grossing movie ever in the history of Hollywood cinema, with box office collection of Rs373.22 crore. And among all the superheroes in the Marvel universe namely Spider-man, The Hulk, Thanos, Black Widow, Captain America, Deadpool, and many others, Iron Man is the favorite character of most of the people.

Not only Iron Man, Robert Downey Jr, who plays the role of Iron Man, has become the favorite actor of the audience because of his awesome acting. And when Iron Man breathed his last in the End game, it was hard not to shed tears, isn’t it? That scene in End game will forever be remembered because it broke a million hearts. 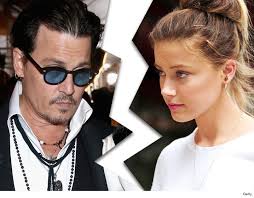 But…. Here is game-changing news for the fans. Yes! Robert Downey Jr could return to the Marvel Universe soon. Reports have said that he might be back as Iron Man in the Scarlett Johansson movie- Black Widow. They have shot this movie as a prequel to End game; where both Black Widow and Iron Man faced their end. There has been no news how major Tony Stark’s role will be in the movie, but one thing is for sure- fans might be able to have a glimpse at him after being heartbroken after End game. The movie is set to release at the end of April or at the beginning of May 2020. And needless to say, fans are waiting desperately for this one.

Well, this exciting news has definitely hyped up the audience as they will get one more chance to bid their beloved characters goodbye. The news has taken social media by storm, and the fans have been posting tons of comments on how they can’t wait for Robert Downey Jr to be back. Now, let’s hope that 2020 is a lucky year for us as we would love to see our Iron Man once again!

Kristen Stewart rocks the Red Carpet in shorts and pink dyed hair at Deauville American Film Festival
Arrest warrant issued for “R Kelly”! Is fans loyalty going to help him out behind the bars? Read more to find out more!!!!