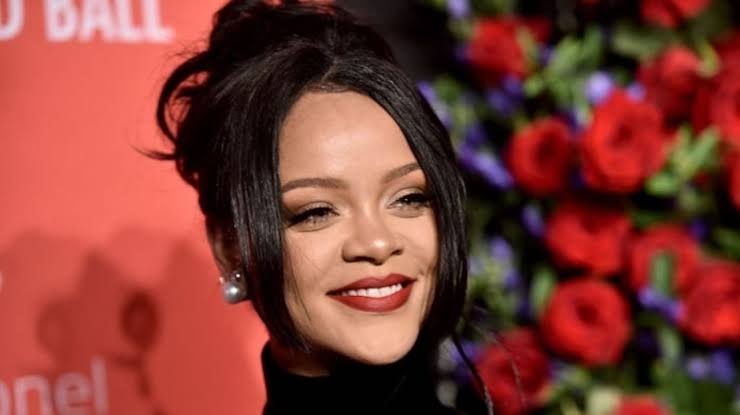 “Is Rihanna pregnant?” is the question all the fans are obsessing over Twitter these days. This comes after her Diamond Ball, where they thought they saw a baby bump. This was not the only thing that sparked rumors as Rihanna had also made some harmless comment on having children.

Rihanna was on the red carpet of the 5th Annual Diamond Ball Benefitting The Clara Lionel Foundation. The event was held at Cipriani Wall Street. At the red carpet, the singer was asked about black women by Essence Magazine.

It was during a performance by Rihanna and Pharrell Williams when fans thought they spotted a baby bump peeping from Rihanna’s dress. Rihanna was wearing a Givenchy Haute Couture gown which was black, long-sleeved and had a high- neck.

She also posed for photographs later by keeping her hand on her stomach adding fuel to the speculations.

While speaking to People separately she had mentioned that she is really happy in her life now. She said that it is her happiest night by seeing the magnitude of support she had received for the event. She feels being on cloud nine by seeing the number of people who believe in her. “The event is something worth donating and investing for”, she further added.

Diamond Ball is an event which Rihanna throws every year to support the Clara Lionel Foundation. This foundation was founded by her to honor her grandparents, Clara, and Lionel Braithwaite.

Death threat got viral! Another Male victim Andrew Glennon threatened by Amber Portwood to stab on his neck!
Michael Douglas talks about his career and life; How important it is to write about some moments of your life