Is Miley Cyrus Getting Married Soon? Her Instagram post ” New.Life.Who. Dis” has some hidden message!!” Check Out for details!! 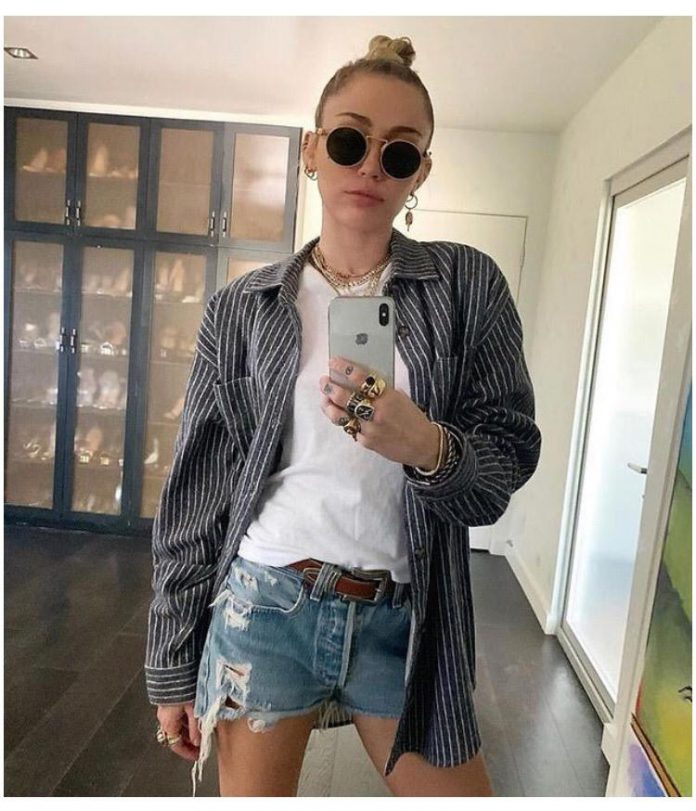 Miley Cyrus is all about rediscovering herself. Her life went through white a rollercoaster in recent times. Her split with Liam Hemsworth, followed by her on an again off-again relationship with her friend, created quite a buzz in Hollywood.

Miley And Her Long Line Of Heartbreaks!

Recently, it seems like Miley Cyrus has finally found some solace with Cody Simpson and is all smiling about it. While Miley Cyrus was admitted to the hospital, Cody wrote a song for his new lady love.

Miley and Liam had a healthy breakup, and after filing for divorce, Liam wished to Miley all the health and happiness. But it seems like Miley tried to throw some shade on her former beau through her latest song, ”Slide Away.” although this was when Miley was close to Kaitlynn Carter.

Do We hear Wedding Bells For Miley Cyrus?

Now that Miley is all getting mushy with Cody Simpson, she is all about rediscovering. She is posting romantic pictures and videos of the two celebs together. She recently uploaded a picture on Instagram with a caption saying, ” New.Life.Who. Dis”. It looks like Miley has left a lot of toxic issues behind and moving on with newfound love. In the picture, she was wearing a ring with her boyfriend’s initials, C.S.

Miley has said that Cody has had a positive influence on her. From the Insta post, there can be a hint of a wedding soon. The ring with Cody’s initials can be something serious, and there can be a wedding sooner or later. We are just too excited to see what happens next to our pop star. Is she getting married or just taking things slow for now after her apparent break-up and divorce. We just have to wait and watch for any recent updates.

Previous article
Bojack Horseman Season 6: Can the viewers expect the amazing reviews to be written for the Sixth season? Checkout for Plot, Expectation and release date!!
Next article
Robe Lowe speaks up about how his life changed after “The 1988 Sex Tape” Scandal! Was it regretful or Blessing in disguise?