Is everything alright between Tati Westbrook and Jeffree Star or are they heading towards another beauty community war??? 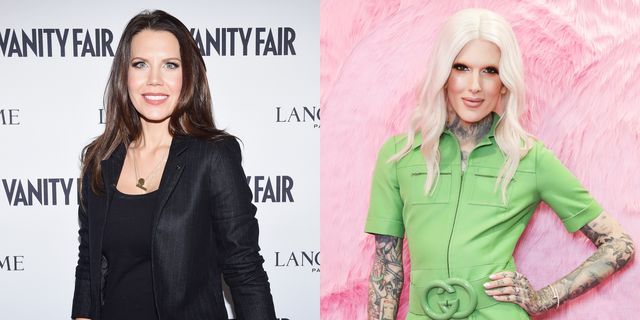 What is really going between Jeffree Star and Tati Westbrook? Looks like another apparent beauty community feud is taking place between these two Internet celebrities.

Since Jeffree Star unfollowed Tati on Instagram, social media is in turmoil over a possible feud between the two YouTube sensations. Though Jeffree has not confirmed any of such dispute, fans are more or less convinced that things are not right between the former close friends after Star’s act on Instagram.

Anyway, business seems to be the possible cause of this feud. As we know, Tati released her very first make up collection named Tati Beauty on 25th October. And one week later, Jeffree and Shane Dawson have decided to launch their highly anticipated conspiracy palette on 1st November, which the two have been promoting for the past month through a YouTube series. The beauty community is excited about the new ShanexJeffery products.

Since these collections are launching one-week apart, many think that this competition of more sales on Christmas is causing tension between Tati and Jeffree.

It makes me sad Tati has always supported Jeffree Star giving him praise. Now it's her time to shine and he unfollows her and doesn't congratulate her. He inserted himself in the whole drama. SMH

As all this is taking place months after James Charles’ epic fallout with Tati, people are connecting that drama earlier this year with the present scenario. While Jeffree was a common friend to both James and Tati before the dispute, he firmly took Tati’s side during the feud. However, later, he apologized to James saying he “didn’t fully understand” and should have been a better friend.

It is certainly unclear what Jeffree and Tati’s relation has been like since that drama went down, and if this recent silence from both of them is related to that, then maybe they are competing for palettes or something totally different.

Previous article
Goldberg demands respect from her co-hosts in “The View”. Meghan McCain and Goldberg get into a witty battle.
Next article
A 23 year old mother beats her child to death over “dirty diaper”!!