Is Always A Witch Season 3 Coming on Netflix Soon. Release Date? Cast? And Other Details 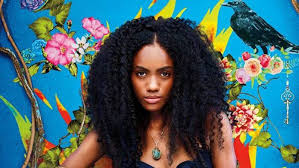 Who does not love a teen witch story? For all those who love this type of story, here we have a  brand new one available with a twist. The series is all about female empowerment and optimism – especially – black-Latin female empowerment. The first two seasons of the series became a big hit, although it received some criticism from its viewers. And now they are eagerly waiting for the third season to happen on Netflix.

Mateo Spielberg is the director of the series Always A Witch, and also we have Liliana Bocanegra as another director for the series. The series is based on the original story written by Isidora Chacon along with another writer Ana Maria Parra.

The season-2  of Always a Witch was released on 28th February 2020 on Netflix. Although nothing is declared officially by Netflix about season-3, following the release date of season-2, it could be predicted anywhere around 2021 February. Anyway, this series is getting a renewal for sure.

Angely Gaviria is playing the role of Carmen (the witch). Veronica Orozco  as Ninibe,Christina Warner as Isabel de Aranoa, Lenard Vanderaa as Cristobal De Aranoa , Carlos Quintero as Leon and Sebastian Eslava as Esteban include the other menbers of the cast of Always A Witch.

From the 17th- century, the 19-year-old witch Carmen is time traveling to 2019 Cartagena. Carmen, a Colombian slave, professed her love to a white man back in her time, and she was on the verge of being burned alive for her act. Using a powerful spell and with some wizardly help, Carmen escapes, and time travels to the present to save her beloved. The city Cartagena is the original seat of the Spanish Inquisition. Many men and women, mainly African slaves, were tortured here, for finding and rooting out witches.  All the actors in this series deliver superb performance.

Previous article
Lady Gaga Is ‘Serious’ About NewBoyfriend Michael Polansky: Why They’re a Good Match
Next article
Can ” Love Is Blind” can be a upstep for Netflix in Dominating the Reality TV Shows?