Eliza Gonzalez Reyna, Mexican actress and singer revealed something about herself on Jimmy Kimmel Live recently. Let’s go through more details about it on below.

What did Eliza Gonzalez confessed on Jimmy Kimmel Live? Eliza Gonzalez paid a visit on Jimmy Kimmel Live on Wednesday on 11 March, 2020 in which she revealed a hilarious story about how she felt in love with a stripper during the Super Bowl.

The actress further stated that she have always heard like rappers thing about strippers that they all fall in love with them. She was in the club for an hour and she did not know what to do so she sat down and there was a stripper giving a lap dance next her. Eliza was like what’s going on but they started having a conversation about their lives as the stripper twerked and the actress found that really impressive. She said that it’s like cirque du soleil with butts. Eliza asked the stripper to teach her how to do the twerk to which the stripper replied that sure. After that they exchanged numbers and they are friends.

What more did Eliza said in the Live? 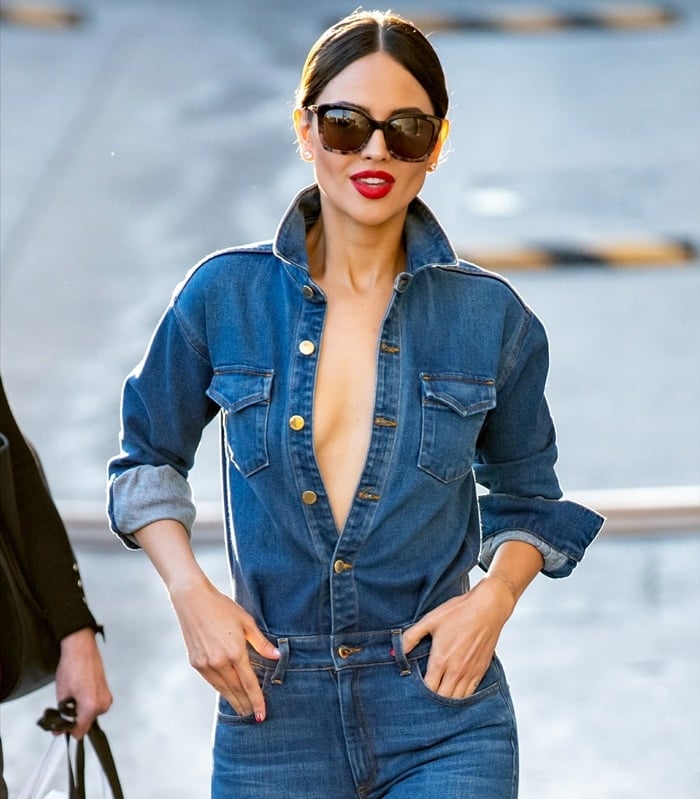 Eliza concluded that she is in love with a stripper who is amazing. She also made a friend.

Further she also said about how she loves football, cheering for Kansas City Chiefs. She also talked about her new movie with Vin Diesel, Bloodshot which released today. She is also scheduled to release two more movies this year: Cut Throat City and Godzilla Vs. Kong.