See also  Is 2020 the year for 'The Seven Deadly Sins'? When can we expect season 4? Check out the release date, plot, cast, trailer and the latest updates on the show.
More
HomeEntertainmentIs “13 Reasons Why” season 4 casts struggling in their personal lives...

Is “13 Reasons Why” season 4 casts struggling in their personal lives too? Everything you need to know. 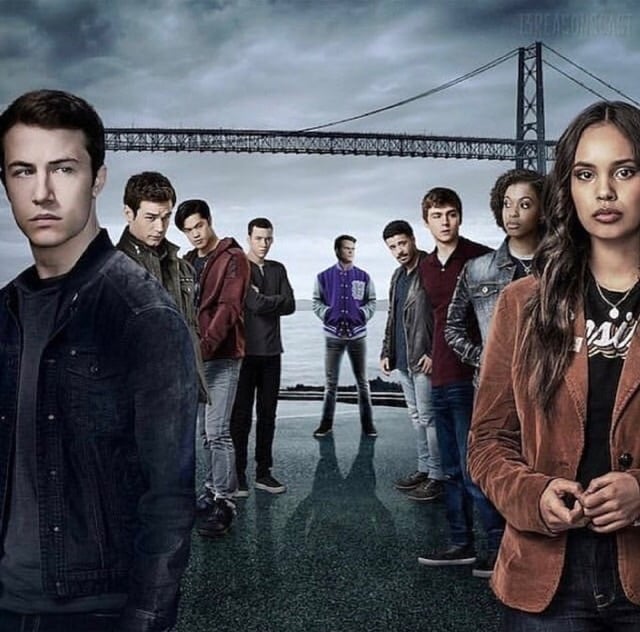 Here is everything you need to know about the cast of “13 Reasons Why” season 4 and their personal life.

You may find the characters struggling through troubling relationships in the series of “13 Reasons Why,” but we cannot assume the same in their real lives. Many of them are happily living their lives and others are single but booked for the different upcoming projects.

Here is the complete detail about 13 Reasons Why season 4 cast and IRL relationship statuses.

Miles Heizer will be playing the role of Alex in season 4. A few months ago, Heizer was rumored dating his co-star Brandon, but later confirmed they are just friends. But the post on Instagram posted by, Connor Jessup, Locke, and Key star. He posted a cute photo with Miles on Valentine’s Day. And the caption cannot be ignored.

Before this post from Connor Jessup, Mile Heizer also been noticed with his parenthood co-star Mae Whitman. But they two are dating each other is not confirmed yet.

Dylan Minnette will be playing the role of Clay Jensen in season 4 of 13 Reasons Why. Dylan Minnette is dating a singer name Lydia Night. They both are together since 2018. Dylan was dating Kerris Dorsey before Lydia. Dylan and Kerris dated for four years.

Christian Navarro will be playing the role of Tony in season 4 of 13 Reasons Why. However, officially there is no confirmation from Christian that he is dating someone. But there are some rumors which are showing that probably he’s dating Kassidy Ramirez. They both were noticed interactive on Instagram.

Happppy bday Brandy, may you always be the Sid to my Nancy 💅🏽

Alisha Boe playing a character of Jessica Davis in Season 4. There are no confirmations and even rumor on Alisha Boe’s relationship status. It seems like she doesn’t have time to date right now.

We can’t control much, But we have the ability to activate the small things we can. Social distancing is a great example of something that may feel very small but can save lives. When we place our ego on it, that’s when we fall into our anxieties and our fears… that’s ok. We should be aware of our anxieties and fears. We have the time To work through those, be with ourselves, figure out solutions, pause and build A relationship with life and our purpose. Our needs. Our desires. It’s time we don’t normally give ourselves or receive. It’s scary to be alone, it’s scary to be confused, it’s scary to not be in control… that’s life, I think. We are hearing so much in the media and through our communities; the reality is people are going to deal with difficulties, they will not be working and making an income, they will be far removed from Family and loved ones, they will get sick, they will struggle to feel a part of something, they will feel overwhelmed with not feeling needed, they will be scared of lack of information and ignorance, they will feel selfish… the world has faced difficulties before, people have asked these questions for centuries, we’ve moved through and made it out of the other side and the world has kept on. I don’t say this to minimize the situation. There are solutions and there is time to gather the information we need to make decisions based on these queries. How beautiful to think that maybe we will come Out of this feeling better about ourselves, that we may have given Earth a slight reset and have helped build her immune system, that we have maybe saved lives by taking time away from our normal manic mayhem, that we are getting to witness the world coming together for a greater good; something we take advantage of most days. I’m just trying to offer some peace, trying to stay informed and practical. The truth is, none of these are my original thoughts; I have been utilizing this time To reach out and listen and these are the worries and concerns of myself And others and our unified pondering on remaining calm And informed and active in a still state. Think, what can we do for our brains, our bodies, our spirit, and for someone else…

Brandon Flynn will be playing the role of Justin Foley is single currently. But earlier he was dating a super ex-boyfriend Sam Smith. They had a relationship for almost a year from 2017 to 2018.

Day 14 of quarantine: gangs have formed within the house. I've taken the side of the dogs. The other humans in the house insist on not calling me a good boy. Things are getting tense.

Ross Butler, playing the character of Zach Dempsey in 13 reasons Why is single. It seems that he’s been busy with his roles of “13 reasons why” and an upcoming series “To All the Boys I’ve loved before 2.”

See also  Is 2020 the year for 'The Seven Deadly Sins'? When can we expect season 4? Check out the release date, plot, cast, trailer and the latest updates on the show.